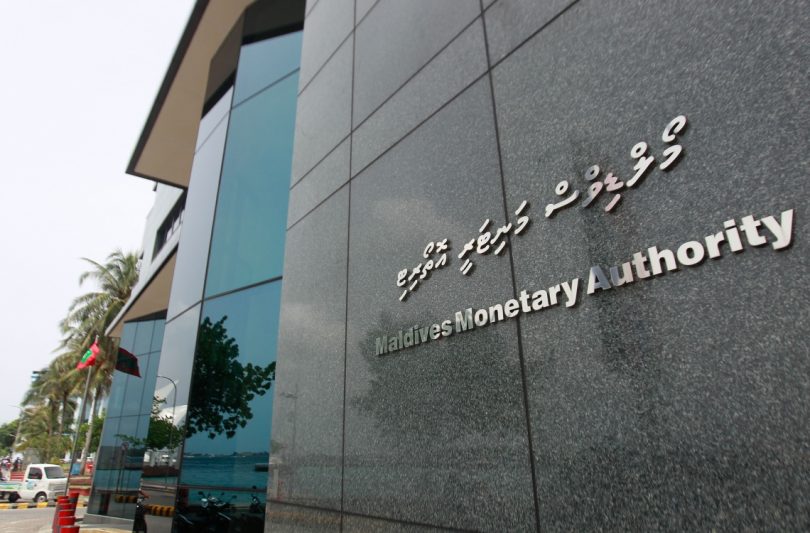 Maldives Monetary Authority (MMA), on Tuesday, revealed that it would be issuing United States’ dollars (USD) to banks over the course of September, October and November, strictly on a need basis.

According to a statement released by MMA, foreign exchange interventions will increase across the aforementioned months.

“These amounts will be allocated for necessities such as import of food and beverages and medical supplies”, the statement read.

The central bank further noted that the amount of USD being issued to the foreign exchange market via banks was increased in April, May, June and July to reduce the pressure on the exchange rate under the current circumstances.

Minimizing changes to the exchange rate is essential to prevent inflation and maintain market prices at reasonable levels, MMA highlighted.

Moreover, the MMA stated that the minimum reserve of foreign currency it requires any bank to storage at the central premises was also reduced to five per cent.

The statement also confirmed that the duration of the currency swap agreement signed between Maldives and India was extended. Presently, Maldives has already received USD 150 million under this agreement.

In addition, MMA revealed that the Indian government would grant further financing up to USD 250 million.

“Such assistance and the collaborative efforts carried out by MMA and the state will pave the way for solutions in acquiring USD”.

By June 20, the authority revealed that the usable reserve of the Maldivian state has depleted to USD 152.6 million. MMA’s statistics show a steady decrease in the usable reserves, depleting by USD 158.7 million from January’s value of USD 311.3 million.

This is a 49 per cent reduction from the funds in the usable reserve at the beginning of the year.

On April 12, the World Bank estimated that the Maldives will see the worst economic recession in South Asia over the coronavirus pandemic.

The finance ministry later publicised a paper on the current economic and fiscal situation of the Maldives, which warned that government revenue for 2020 might be half of what was projected in the state budget, while the state deficit is expected to reach MVR 13 billion.

As a result, the Maldives Monetary Authority (MMA) disclosed that the government overdrew more than MVR 4 billion over the past four months.

According to June’s balance sheet released by the authority, the funds were released through the Public Bank Account (PBA) in order to compensate for the economic shortfalls.

The Maldives has since requested the support of the international community as well as foreign financial institutions to provide assistance to the country. As such, to date, Maldives has acquired over USD 189.5 million (MVR 2.9 billion) in aid.