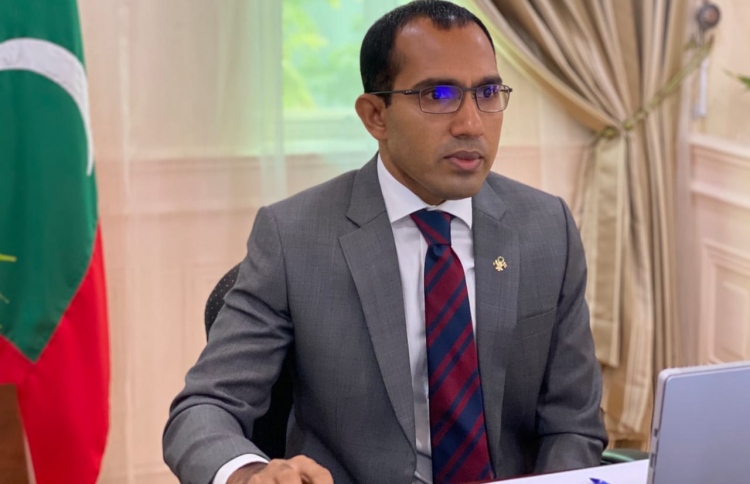 Minister of Communications, Science and Technology Maleeh Jameel, on Thursday, asserted the necessity of greater investment to promote E-Government in the Maldives.

The minister expressed the sentiment while participating in the United Nations (UN) E-Government Survey Asia Pacific Regional Webinar 2020, which was hosted by UN Economic and Social Commission for Asia and the Pacific (ESCAP).

Highlighting that Maldives’ E-Government Development Index (EGDI) was currently below overall averages as well regional figures, Minister Maleeh stated that the country would need to allocate more funds toward digital development in order to eliminate the disparity.

However, a figure of MVR 14 million was reduced from this budget in order to divert funds to the COVID-19 response.

During the webinar, Maleeh stated that the Maldives initiated the development of E-government in 2000 with efforts to implement a Science and Technology Masterplan. The project was valued at USD 12 million, out of which the Asian Development Bank provided USD 9 million.

The minister went on to discuss some successes of the government’s efforts to promote digitalization following 2017.

UN ESCAP’s webinar was intended to bring together government officials, representatives of relevant institutions and experts to discuss ways to strengthen governance systems through the use of digital technology, based on findings from the 2020 United Nations E-Government Survey.