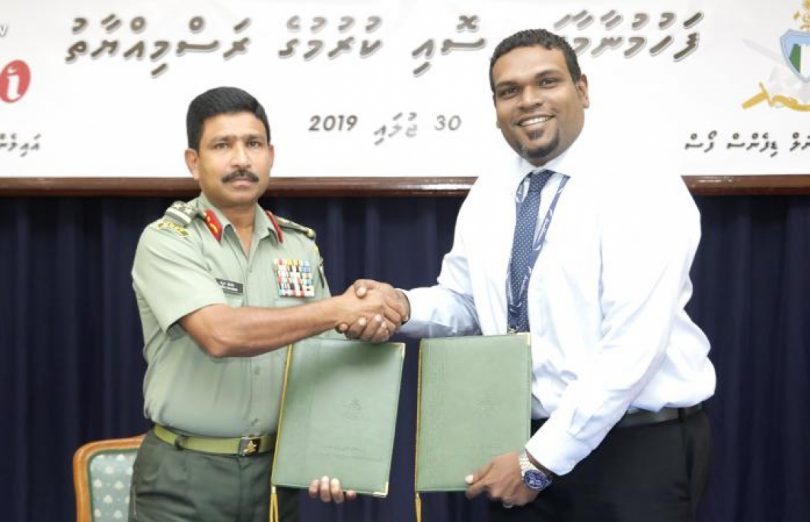 Maldives National Defence Force, on Wednesday, stated that pilot training in partnership with Island Aviation Services (IAS), was delayed as a result of the COVID-19 pandemic.

As part of the five-year agreement signed on July 30, 2019, IAS will train both pilots and aircraft engineers of MNDF.

Although IAS began training for six engineers in December last year, the first batch of five pilot students is yet to begin their training.

IAS’ Public Relations and Communications Manager Moosa Waseem stated that he was unable to confirm when the initial batch of engineers will begin working before IAS commences pilot training.

He also revealed that IAS will begin training the second batch of engineers next week.

Currently, the two helicopters gifted by the Indian military are operated by Indian officers, as Maldivian personnel lack adequate training to operate the aircraft.

The two helicopters, which were gifted to the Maldives in 2010 and 2011, are based in Seenu Atoll’s Gan and Laamu Atoll’s Kahdhoo respectively. Under the agreement between India and Maldives, the Indian military would handle operations until Maldivian soldiers could be properly trained.

However, no steps have yet been taken by India to train any officers of the Maldivian military to operate the helicopters.