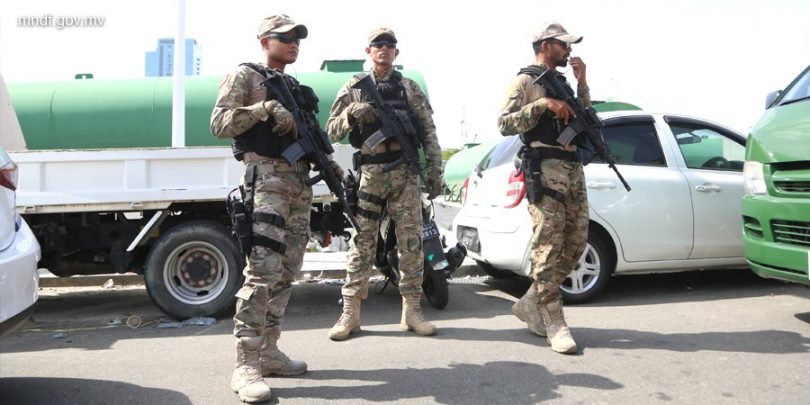 The Maldives National Defence Force raised its alert level and heightened security as a precautionary measure, MNDF spokesman Major Ibrahim Azim told the press after the announcement of the ‘yellow two’ alert status prompted fear and speculation of an imminent terrorist attack.

The alert level was raised with effect on 7 pm on Tuesday night. Armed soldiers will be active across the country and vessels will be stopped and checked at sea, MNDF said, appealing for cooperation from the public.

In a message to the media after the announcement, Major Azim said the alert status was not raised due to a specific threat.  Security has also been beefed up at airports, he noted.

Yellow two signifies the possibility of a threat to public safety and security.

The heightened security comes amid a crackdown on radical groups after the police chief revealed that there were about 1,400 extremists in the Maldives who would not hesitate to kill in the name of Islam. An operation was launched on Maduvvari island last week against a separatist group that was depriving women and children of education and healthcare.