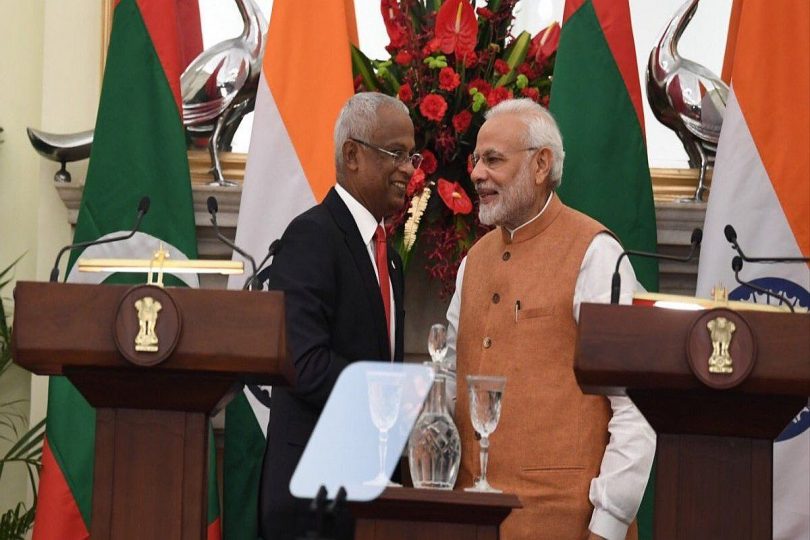 Prime Minister Narendra Modi on Monday had a telephonic conversation with the President of Maldives, Ibrahim Mohamed Solih, over the situation due to the coronavirus pandemic.

During the call, both the leader updated the situation in their countries due to the outbreak of deadly coronavirus resulting in multiple deaths.

Both the leaders expressed satisfaction over the coordination modalities agreed between SAARC countries were being implemented actively.

As per the press note, President Solih told PM Modi about the effectiveness of the Indian medical team earlier deployed to the Maldives, and the essential medicines gifted by India.

President Solih told that these assistances from India helped a lot in containing the spread of the deadly virus.

Maldives whose economy majorly relies on tourism has a major chunk of visitors from India. The relations between the two countries have been very smooth and friendly.

During the call, the two leaders also agreed that their officials would remain in touch on issues arising out of the present health crisis, as well as other aspects of bilateral cooperation.

As of now, the Island country has recorded 52 cases of coronavirus out of which 16 recovered. There were no deaths reported in the country due to the deadly virus.