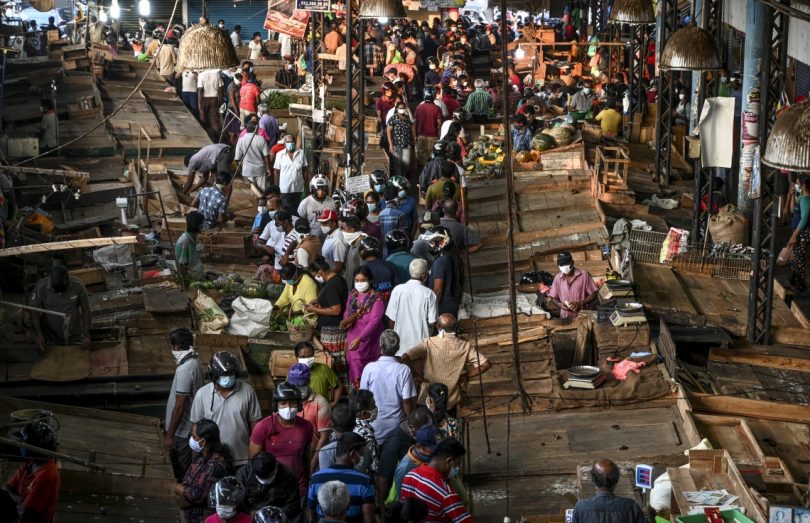 The Maldivian government, on Tuesday, announced the chartering of weekly cargo flights scheduled for every Sunday.

According to the government, this move is to facilitate a means of sending 15 kilogrammes of ‘assistance in the form of comfort’ for Maldivians stranded in Sri Lanka, from their families in the Maldives.

In a tweet sent out by the Minister of Foreign Affairs Abdulla Shahid on Monday, he confirmed that the government will charter a cargo flight to carry care-packages to Sri Lanka’s capital city, Colombo, free of charge.

Under the Foreign Ministry’s cargo assistance guidelines, Maldivian families are only authorized to send prescription medications unavailable in Sri Lanka, and other urgent items.

Items that have been authorized for export to Sri Lanka;

Items on the prohibited list include short eats, cake, fruits and vegetables, raw fish and money.

The deliverables will be received and disseminated by the Maldivian Embassy in Sri Lanka. Hence, the ministry urged families to state addresses and contact details clearly.

Those interested can apply to the cargo service through the online form – https://www.foreign.gov.mv/index.php/en/consular/cargo-request-form

As cargo planes have limited space, the service will be prioritized on a first-come-first-serve basis. The items can be handed over to the at the national airline Maldivian’s City Check-in Office at the Greater Male’ Bus Terminal from 0900 hrs till 1400 hrs every Saturday.

In response to multiple inquiries from Maldivians wishing to return home despite Sri Lanka’s current lockdown and curfews, the Maldivian government previously stated that it was ‘in talks’ with diplomatic missions over the possibility of arranging transfers.

In the wake of the global COVID-19 pandemic and resultant halts in air travel across many regions, Maldivians are reportedly stranded not only in Sri Lanka but all over the globe, evidenced by the number of citizens reaching out from countries such as Nepal, India, Philippines, the UK and more.

Further, a large number of student populations are recorded in travel-restricted countries such as Malaysia and the United Kingdom (UK).

However, with the risk of importing COVID-19 into the country, as has happened elsewhere in the world, authorities have recommended that students avoid all non-essential travel.

Addressing the press at the National Emergency Operations Centre (NEOC) as the panel’s representative from the medical community, Dr Ahmed Shaheed urged Maldivians abroad to refrain from returning to the country unless absolutely necessary. Nearly all countries have extended visas and facilitate means to allow those stranded to safely reside where they are at present.

The country now records 18 confirmed and five active cases of COVID-19, with a total of 13 recoveries. While there are two confirmed cases of Maldivians, no local to local transmissions are recorded.

The World Health Organization has classified the spread of COVID-19 as a global pandemic. The novel coronavirus has infected over 785,807 people and claimed over 37,822 lives around the world. However, out of those infected, more than 165,659 people have recovered.