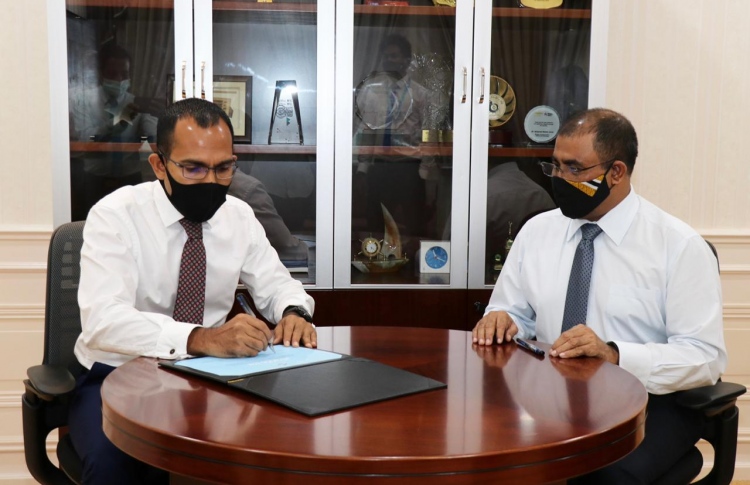 Minister of Communications, Science and Technology Maleeh Jamaal, on Wednesday, handed over management of ‘islands.mv’ to Minister of Tourism Dr Abdulla Mausoom.

Launched in March 2019 by President Ibrahim Mohamed Solih, the portal acts as a “digital front office” for each inhabited island in the Maldives, providing comprehensive information for interested visitors, including attractions and tourist facilities.

The web portal was previously managed by the Communications Ministry and the National Centre for Information Technology (NCIT).

Speaking at the ceremony, Minister Maleeh stated that the decision to hand over management was intended to strengthen efforts to promote local tourism and boost occupancy at local guesthouses as part of the tourism ministry’s overall target of increasing tourist arrivals to the Maldives amid the COVID-19 pandemic.

Acknowledging contributions by the software development team of the NCIT, which initiated efforts to create Islands.mv after being briefed by the President’s Office in December 2018, Minister Maleeh expressed hopes that the portal would become a useful tool during international tourism fairs and result in benefits to locally managed small-scale tourist facilities.

Tourism Minister Mausoom stated that Islands.mv would be highly useful in tourism promotion efforts, noting that the portal currently included information regarding 95 per cent of guesthouses operating in the Maldives.

The establishment of Islands.mv was part of President Solih’s first ‘100-day’ pledges.