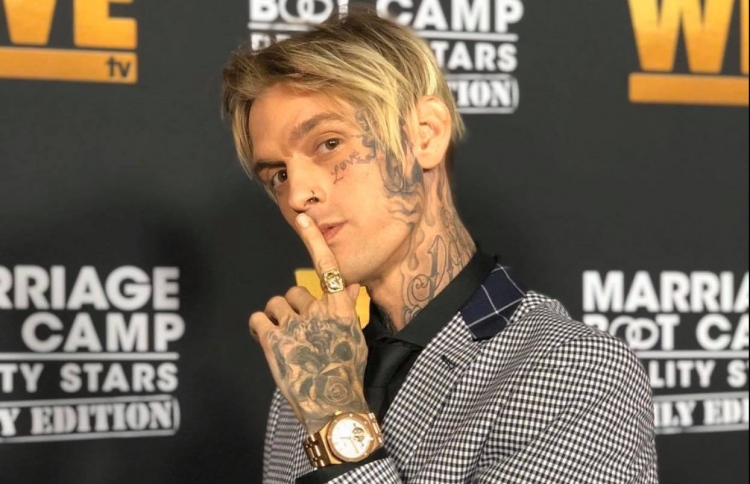 My case against Aaron Carter has been officially filed in the US and my legal team @liebowitzlaw @HamzaKhalyl @ShaiShahid will be pursuing action against him. No artist should have to back down if their work is being misused by someone else. (1/2) pic.twitter.com/4s0Zj6AwFU

Shimhaq successfully filed a copyright infringement claim against Carter for stealing his ‘Cosmic Lion’ artwork, which the artist had publicized in 2014. The suit was filed through the pro-bono legal assistance from New York-based Leibowitz Law Firm, and his Maldivian counsels Hamza Khaleel and Aishath Shaifa Shahid from Wisham & Co.

Supported by the twitter community of Maldives, Shimhaq’s dispute became viral and garnered the attention of various international news outlets. His twitter followers eventually banded together under the hashtag #AaronCarterArtThief.

The issue surfaced late 2019, after Carter, the younger brother of Backstreet Boys’ Nick Carter, posted a digital artwork of a lion on his Instagram and Twitter, claiming he himself had rendered the image, which is being designed into a chain by jewellery manufacturer Johnny Dang and Co.

In an interview with The Edition, Shimhaq conveyed various concerns related to copyright infringement and brazen acts of theft within the art community of Maldives, including the theft of an additional artwork featured on his ‘Cosmic’ series.

“Being an artist is already a tough profession where years of effort are put into improving one’s art. Just because these artworks are showcased online, does not entitle anyone to use them without permission in any way”.

“Pay artists their due! Exposure does not put food on the table”, said the artist.

Shout out to Mv twitter🇲🇻 and all my friends, you guys are the real MVP’s who drove the case to this point. It couldn’t have been possible without your support❤️

Shimhaq, who works as a biomedical engineer, declared that plagiarism is unacceptable but “not new” to him.

“There have been many instances where people used my work [without permission]. In some cases, they gave me credit after I talked to them”, he said.

Shimhaq stated that he is open to negotiating with individuals who wish to use his art pieces in an appropriate manner, but finds it “absolutely unacceptable” to profit from someone’s hard work, without authorization or due credit.

Shedding light on the current atmosphere of copyright protection in the country, Lawyer Shaifa expressed concerns due to the lack of a substantial legal framework in regards to the matter. However, she noted the existence of ‘The Copyright and Related Rights Act (23/2010)’ but remained critical of its effectiveness.

In the past, Carter has had multiple spats with artists, including German artist and Shimhaq’s friend Jonas Jödicke, who also accuses the celebrity of art theft and has since filed a suit of his own against the musician.