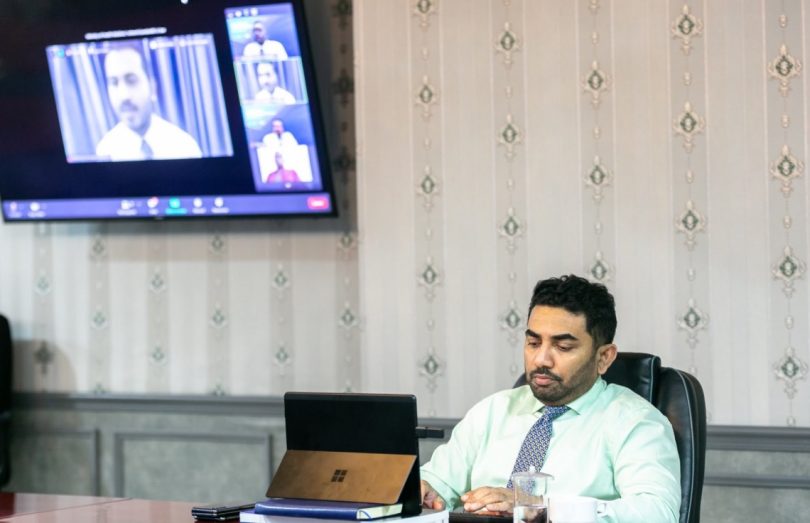 Minister of Health Abdulla Ameen revealed late Tuesday that the Maldives will become one of the first countries to receive a shipment of the vaccine developed for the novel coronavirus.

During the virtual ceremony held to inaugurate the two COVID-19 management facilities established in Gan, Laamu Atoll and Villingili, Gaafu Alif Atoll, Minister Ameen stated that, in collaboration with the World Health Organization, efforts were underway to secure a shipment of the vaccine as soon as one is developed.

“The government is working to ensure that the Maldives acquires the vaccine as soon as it is developed. Maldives is also one of the first countries to sign up under the ‘call for action’ initiative led by WHO”, said the minister.

He further noted that the largest state-run medical facility in the Maldives, Indira Gandhi Memorial Hospital (IGMH), has been able to conduct tests for COVID-19, with major assistance from WHO, since late February.

Minister Ameen declared that the Maldives possesses the capability to recover from the virus at a rapid pace compared to other countries, commending the island nation’s preparedness to tackle the pandemic owing to increased awareness within the community.

“With the virus identified across the four corners of the earth, we must acknowledge that the initiatives by the president to safeguard Maldivians [from the virus] led us here”, noted the minister.

However, the number of COVID-19 cases have been increasing again after the state initiated efforts to steer the country towards a ‘new normal’ with the phased easing of lockdown restrictions across the Greater Male’ Region. Government offices and businesses including shops, cafe’s and restaurants restarted services on July 1 while authorities reopened Maldives’ borders for tourism on July 15.

After recording low numbers for several weeks, the recent spike of virus cases has reduced the total amount of recovered patients from 86 to 78 per cent.

The Maldives presently records a total number of positive cases at 3,044 with 617 active cases. Till date, the country recorded 2,397 recoveries and 15 fatalities.

On March 12, WHO classified the spread of COVID-19 as a global pandemic. To date, the new strain of novel coronavirus has infected over 15 million people and claimed over 619,614 lives around the world. However, out of those infected, more than 9.1 million people have recovered.