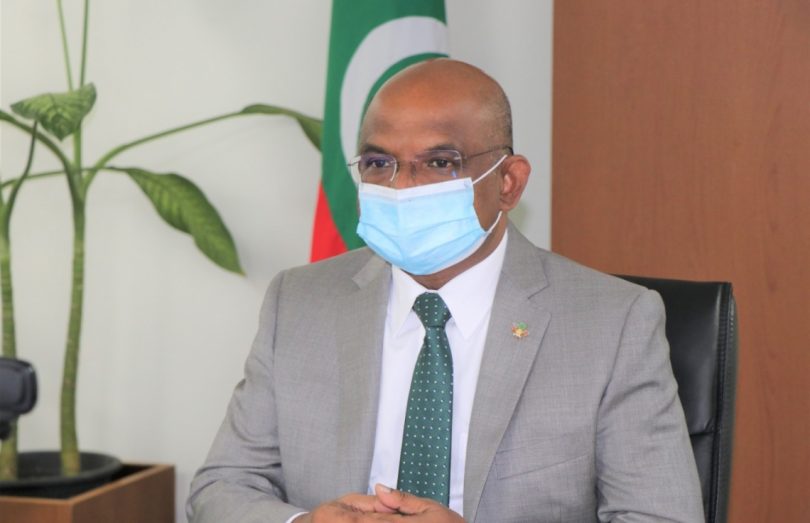 He made this statement after an extraordinary meeting with the Economic Ministers and Central Bank Governors of the G20 countries.

Noting that the framework will assist in achieving key economic responses as the island nation embarks on its recovery journey, Shahid strongly advocated on the importance of such relief for vulnerable states like the Maldives.

Minister Shahid continues to repeatedly highlight the necessity of debt relief for Small Island Developing States (SIDS), and highlighted the importance of multilateralism in overcoming the ongoing pandemic while speaking at the virtual meeting held for the foreign ministers of the Group of 77 (G77) and China, held on Friday.

He further expressed concern on the negative effect on the economies of developed and developing countries, caused by the impact on “supply and demand”.