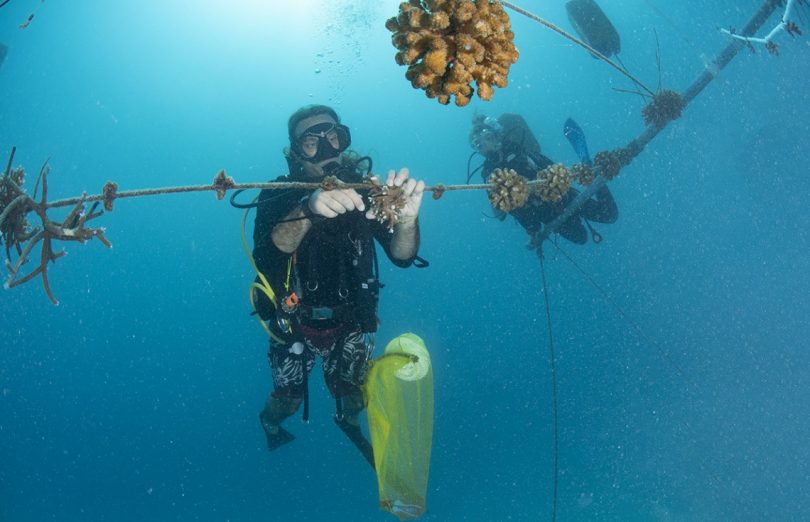 The Maldives and the University of Milano-Bicocca, on Wednesday, signed an agreement to protect and restore coral reefs.

A special ceremony was held at the Milan campus auditorium and live-streamed. The agreement was signed by the University’s rector Giovanna Iannantuoni, while on behalf of Maldives, Minister of Fisheries, Marine Resources and Agriculture Zaha Waheed joined virtually to sign.

The university stated that this partnership aims to identify and implement the most effective, sustainable and modern techniques for the protection of corals. To achieve this, all the techniques used in coral reef restoration will be analyzed.

Furthermore, Milano-Bicocca University noted that this agreement is part of a larger project ongoing since 2009. Since then, the university has been studying new solutions to protect corals and the marine environment.

As per Milano-Bicocca University, these studies were made possible by the MaRHE research and higher education centre located on Magoodhoo, Faafu Atoll, in collaboration with Maldives Marine Research Institute, as well as foreign universities and research centres.

Speaking at the ceremony, Rector Giovanna Iannantuoni said that the University of Milano-Bicocca firmly believes in the values of sustainability and biodiversity protection.

“The agreement that was signed today with the Maldives government represents a new step in the collaboration that has been going on for over 11 years with the goal of protecting the coral reef and reducing pollution in the seas. This partnership, which sees us engaged on crucial issues for the future of our planet, is a source of pride for the entire academic community “.

In addition to signing the agreement, an initiative called ‘CorallaMib’ was presented. It called on university and high school students to choose from two different projects and put forth their ideas.

Further detailing the initiative, Milano-Bicocca University said that the project has a scientific and artistic-literary stance. Those who chose the scientific one are required to propose solutions that can reduce the impact of anthropogenic factors on coral reefs,

Meanwhile, those who opt for the artistic-literary one can present a work dedicated to the sea and environmental protection.

“When the world health situation allows it, the winners of the competition will be able to go to the MaRHE centre in the Maldives to study closely, together with the researchers from Milano-Bicocca, the biodiversity of this archipelago, its coral reef and the factors that are threatening its survival.”

Minister of Foreign Affairs Abdulla Shahid, who also joined virtually addressed the ceremony. He spoke of the significance of reefs to ecosystems and livelihood as well as the economic development of Maldives, and the necessity to protect them.

Additionally, he thanked Milano-Bicocca University for the initiative they have taken to protect coral reefs as well as the investment made to conduct scientific research and cooperation programmes at the MaRHE centre.

Minister Shahid also expressed hope to see further collaborations between the university as well as other renowned institutions of Italy in areas of global concern such as global sustainable development.