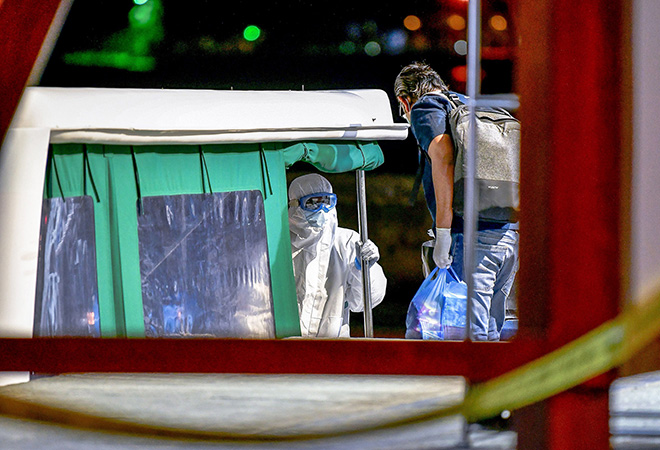 The plight of expatriate workers from across South Asia, especially Bangladesh, working in the Maldives, has always been an issue of concern, for the nations of their origin. It can go either way now after the country opening up the mainstay tourism sector, which was shut down in the wake of the Covid-19 outbreak across the world.

A nation with a 400,000 population, the Indian Ocean archipelago depends on its South Asian neighbours for manning not only its tourism industry but also the related construction sector and various white-collar service-sectors. The overnight tourism sector boom and the consequent increase in the family incomes since the early eighties, coupled with lack of external exposure for local youth in the working age-group meant that the nation came to depend on neighbours, starting with Sri Lanka, then India, and now dominated by Bangladesh, for its multiple labour requirements.

Trouble was in-built into the scheme, as Sri Lanka with stricter emigrant labour rules for its citizens quietly withdrew, leaving it mostly to south Indians, who had relatively better access than counterparts from rest of India in the early days. Now labour force from the north, north-east India, and more so, Bangladesh, man many private-sector jobs in the country. Barring the Covid-19 outbreak, the Maldivian Airlines operated Male-Chennai-Dhaka flights for their benefits while various Indian and Sri Lankan airlines have direct flights from destinations in those countries to the Maldivian capital.

At the crux of the migrant labour, plight is the practice of Maldivian employers, especially in the tourism and construction sectors, using the services of unscrupulous agents in the host nations to hire labour or white-collar employees, promising much higher salaries and wages than they actually get. The ‘recruits’ are made to travel to Male on tourist visas, and their passports are ‘confiscated’ on arrival by the employer. They are forced to over-stay the visa-period by months and at times year.

Many times, the employers threatened to hand over the over-staying ‘illegal immigrants’ to nation’s notorious police and prison systems, which are willing collaborators in what then became ‘human-trafficking’ in international parlance.

The problems have been accentuated over the years, owing to two reasons. Maldives follows the Cambridge system of school education, and a good score in the A-Level qualifies them to take up jobs in the government and the public sector, which anyway are the single largest employer for locals. The local youth have seldom resisted the temptation of travelling back to far away native islands for weekends and their returning to work on time,  for a variety of reasons, including unpredictable weather conditions. Hence, Maldivian youth are not preferred for jobs in the private sector and even more in the high-paying tourism sector.

Farther the employee comes from, confident are the employers about their unwillingness to undertake intra-year travel back home, until their annual, paid-holiday becomes due. Hence also the preference in recent years for labour from north and north-eastern India and Bangladesh.

The other issue pertains to every other government employee, politician and others in decision-making positions having immigrant employees in their household – as cooks, house-helps, drivers and the like. There, the expat is expected to wake up before sun-rise and go to bed only past midnight, 24X7. Politicians and public servants also own, directly or otherwise, construction companies and resorts, with the result, they also become the main culprits in every which way.

The coinciding anti-GMR protests against the Indian infrastructure major in 2011-12 diverted local public attention from the illegalities being heaped on Indian immigrants. But the Indian suspension of visa-on-arrival facility for Maldivians at the time flowed directly from local government departments also behaving like private sector employers, and holding back passports of expat teachers and nurses, after granting them long-leave for their own wedding back home.

With the result, the ‘2019 Trafficking in Persons Report’ of the US has retained Maldives in the ‘Tier II Watch List’, as over the past many years.  The report began by saying, “The Government of Maldives does not fully meet the minimum standards for the elimination of trafficking but is making significant efforts to do so.”

The reversal came after the US list removed Maldives from the Watch List in 2017, ‘following the first successful prosecution and conviction of traffickers’. But the country was back in the American Tier-II list the very next year. All this after episodes of the Indian kind and New Delhi repeatedly taking up the issue at the highest levels, leading to Maldives coming up with the ‘Anti-Human Trafficking National Action Plan, 2015-19’, with good preparations time in December 2013.

In the midst of the continuing Covid-19 pandemic spread, the government has confidently revived the tourism sector on 15 July, after a month-long preparations. The Male international airport has opened up for tourist aircraft, with of prior precautions and/or post-landing testing and verification. This will help the resort tourism industry to ramp up capacity and staff strength in time for the next season that opens up by October-November.

However, there are issues on the migrant labour front, most of them linked to the construction industry. But whose negative image can impact on other sectors of the economy too. Less than a fortnight back, Transparency Maldives called upon the government to investigate the issues that led to unrest at Bodufinolhu island and take legal action against the violators of migrant workers’ rights.

The main firm involved in the issue is the construction contractor, RIX Maldives, which is owned by a Member of Parliament, Ali Riza. The company  has conceded non-payment of wages for four months, and claimed that the project owners have not paid them. It has since been contested. However, the police have accused the RIX of “exploiting expats, human trafficking violations”.

Elsewhere too, migrant workers  gathered outside the Bangladesh embassy in capital Male, claiming that the latter was not facilitating their return. The police dispersed the crowds. It may be recalled that long before the pandemic, the Bangladesh government and also the embassy had repeatedly clarified that they would not step in if their nationals violate visa rules and other local legal requirements, whatever the circumstances.

Following the protests, the government has sent back 152 expatriates back home to Bangladesh, with cooperation from the national carrier, Maldivian. Given the overall expat crisis, the immigration authorities too have released passports submitted for visa purposes, to help the passport-holders to return home, early.

With the first post-Covid tourists arriving by a Qatar Airways flight on 15 July, the Maldives Airports Company Limited (MACL) said that a total of 10 airlines, including the Qatar Airways, Emirates, Sri Lankan Airlines and IndiGo, had sought slots to land flights at Male airport. The Tourism Ministry said that 42 resorts would reopen in July. Eight resorts had continued operations throughout the local Covid-19 outbreak while most of the total 157 are expected to resume operations before the year-end.

The Tourism Ministry is hopeful of attracting 900,000 tourists during the remaining months of 2020. This contrasts with the earlier projections of arrivals this year beating the previous year’s record of 1.7 million. With the World Bank predicting that Maldives would be the world-hit economy in South Asia owing to the pandemic’s impact on the tourism sector, the government has estimated a $ 450-m (MVR 6,.9 billion) shortfall in foreign currency and MVR 13 billion State deficit this year.

Responding to the RIX issue in Parliament, Economic Minister Fayyaz Ismail has said that the government was targeting the repatriation of 20,000 undocumented expatriates by the end of the year. According to immigration records, there were 62,000 undocumented expats in the country, the minister said, putting the ‘true figure’ at 80,000-100,000.

Under the government-initiated programme, 43,000 expatriates had been regularised. Around 4,000 foreigners were repatriated as part of the Covid-19 operations of the government. The minister said that around 3,800 of those repatriated were undocumented.

The minister said that the “business” of undocumented migrants were the worst that the Maldives has seen, even worse than the MMPRC scandal (money-laundering involving former President Abdulla Yameen, for which he has since been jailed). “This is certainly a grotesque business conducted in the Maldives with the sale of humans…. No matter what anyone says at me, as a Maldivian, I am ashamed of how they have been treated,” he added.

In this background, the pandemic may have provided an occasion for the government to re-check the number of illegal migrants. The current decision to repatriate 20,000 undocumented migrants could impact the construction sector, more than the tourism sector, at least in the short term, though the former’s post-Covid recovery may take more time than that of the latter.

This may also have given the authorities an occasion to work out verifiable modalities, if needed by deploying technology, to regularise and regulate migrant labour movement both to the country and within the country. This has become even more critical in the face of a Presidential Commission acknowledging last year, the presence of Al Qaeda and ISIS affiliates in Maldives.