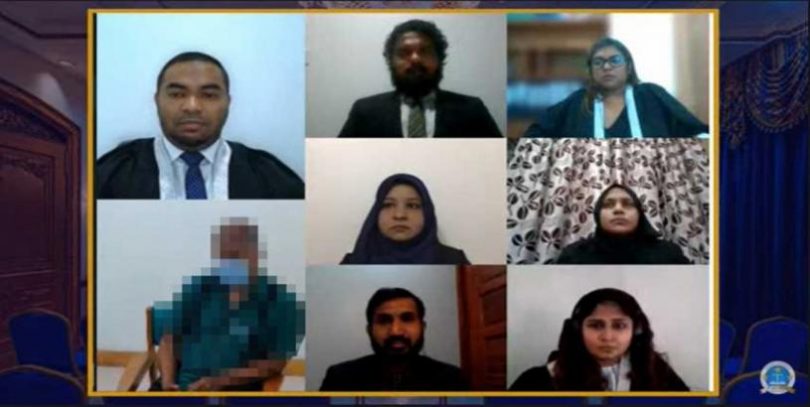 Male: The Supreme Court of the Maldives on Monday held a hearing using video conferencing, marking the first time for the top court to hold a virtual hearing.

The Supreme Court had earlier established a guideline to hold essential hearings through video conferring following the emergence of coronavirus cases in the country.

The guideline also includes provisions pertaining to the live broadcast of virtual hearings via YouTube and Twitter.

Monday’s hearing was held in response to a petition filed by Adnan Hussain from Gulbahaaruge in B. Thulhaadhoo against the Prosecutor General’s Office. Adnan had previously served as a director at the President’s Office.

Adnan was sentenced to six years in prison and flogging by the Criminal Court on November 1, 2012, after he was found guilty of “carrying out a sexual act against his natural-born prepubescent child.”

According to a statement issued by the Supreme Court, the justices, the appellant, his attorney, the respondent, and court staff had attended the hearing remotely using video conferencing.

However, the hearing Monday’s was not broadcasted, as the circumstances surrounding the case required it to be held behind closed doors as required under Article 42 of the Constitution.