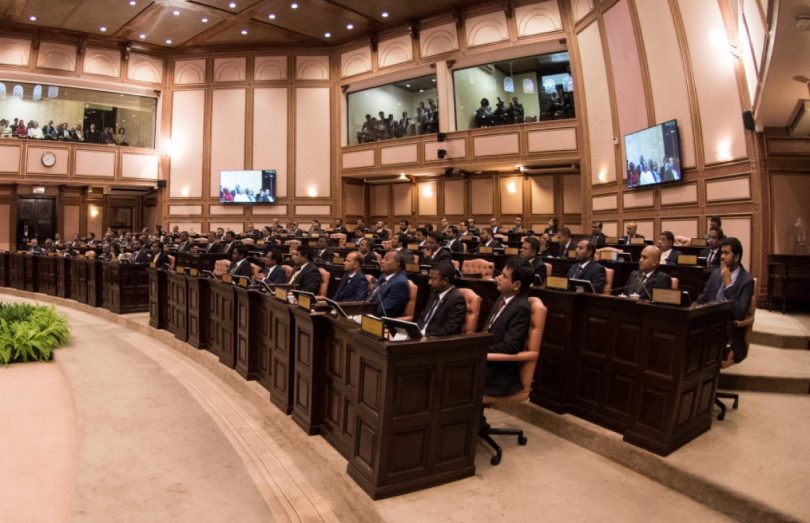 The parliament secretariat stated on Sunday night that efforts were underway to resume parliament sessions next week, as per Speaker Mohamed Nasheed’s decision.

The parliament has been holding online sessions since all state institutions were shut down as a precautionary measure to contain the spread of COVID-19 in the country.

Media Director of Parliament Hassan Ziyaau noted that there will be no online sessions for the remainder of this week as work was underway to resume normal sittings as requested by the Speaker.

Debates were ongoing on a bill regarding the expired deadline of the local council elections, at the time online sessions were halted.

In addition, Attorney General Ibrahim Riffath has proposed a constitutional amendment on extending the terms for elected councillors, as the previous three-year council terms, according to the law, end in June 2020.

However, some oppose the constitutional approach and have submitted a bill arguing that the issue can be resolved through the law, specifically a sunset law, passed by the parliament.

The online parliament sessions were being held to debate on relevant issues and provide legal solutions, in addition to continuing the works of parliament committees.