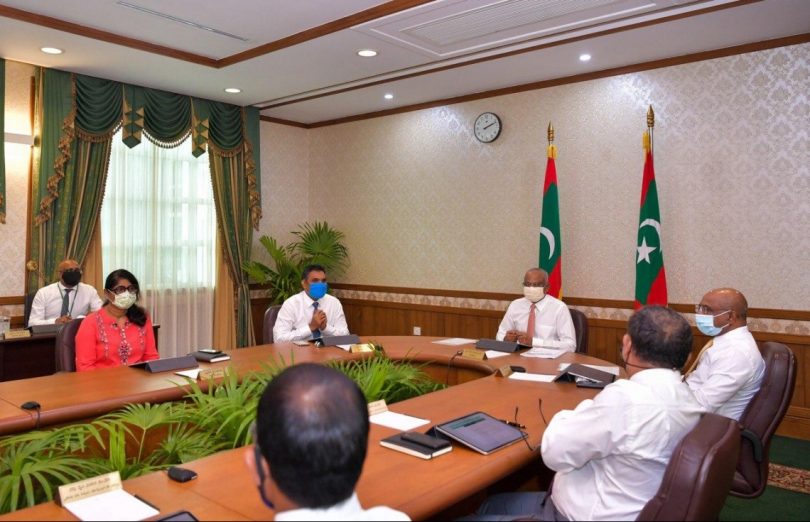 According to the President’s Office, the treaties are the Optional Protocol to the International Covenant on Economic, Social and Cultural Rights (OP-CESCR) and the International Convention for the Protection of all Persons from Enforced Disappearance (ICPPED).

Prior to ratifying these treaties, President Solih will seek parliamentary approval for his decision.

Optional Protocol to the International Covenant on Economic, Social and Cultural Rights

The OP-CESCR is an international treaty which allows victims of a violation of economic, social and cultural right, to present complaints at the international level.

Under this treaty, individuals and organisations can file complaints at the UN Committee on Economic Social and Cultural Rights (CESCR), if the country has ratified the treaty.

President’s Office stated that the Cabinet unanimously agreed that ratifying this treaty will raise Maldives’ profile as a country committed to human rights and that it aligns with Maldives’ key foreign policy priorities.

The Maldives signed the Optional Protocol on September 21, 2011.

However, it has not yet been incorporated into domestic legislation through parliamentary approval and presidential ratification, as prescribed in the Constitution.

Presently, of the 45 different states that have signed the Optional Protocol, 24 states have ratified it.

International Convention for the Protection of all Persons from Enforced Disappearance

Adopted on December 20, 2006, by the UN General Assembly, the ICPPED was designed as a legally binding instrument against the disappearance of persons.

President’s Office revealed that the decision to ratify this treaty is indicative of Maldives’ commitment to upholding human rights in the global arena and within Maldives’ borders.

The cabinet unanimously approved the ratification of ICPPED as well.

The Maldives signed the Convention for the Protection of all Persons from Enforced Disappearance on February 6, 2007.

However, as with the above mentioned Optional Protocol, Maldives has yet to ratify the treaty.

Of the 98 countries that have signed the treaty, 62 have ratified it thus far.