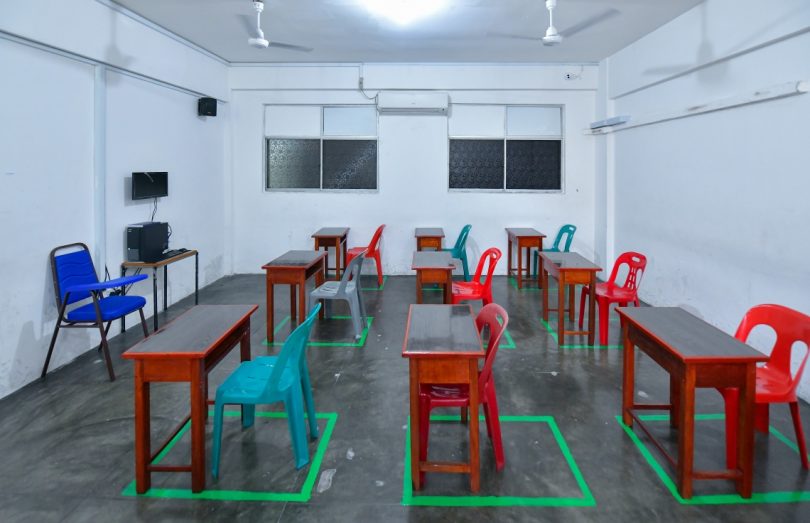 Ministry of Education, on Thursday, announced its decision to kick off the new academic year on August 10, 2021, after extending the first semester of 2020 till December over various disruptions caused by the COVID-19 pandemic.

Although the 2020 academic year began on January 12 with its first semester to conclude in May, the newly revised calendar by the ministry noted the extension until December 3, followed by the beginning of the second semester on January 10.

After a long period of closure since March 12 to contain the spread of COVID-19 in the Maldives, teaching for all grades across the country resumed on July 1, except in the capital area.

Following the resumption on July, the education ministry announced that schools in Male’ City would be closed from August 9 to 19 as a measure to reduce the further spread of the virus, amid a spiked resurgence as the government eased restrictive measures.

Earlier in May, the ministry postponed O’ Level examinations initially slated for October and November 2020, to May and June 2021.

The recent spike reduced the total amount of recovered patients from peak 86 to 53.7 per cent.