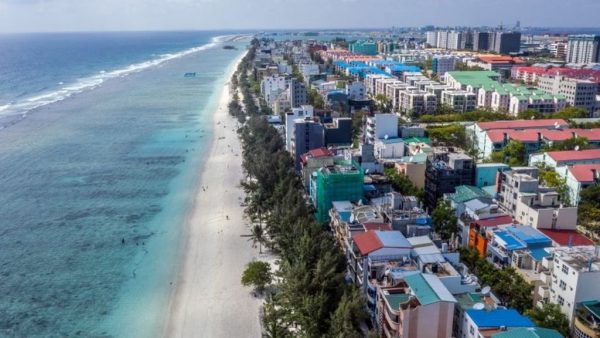 MALE, 13 August 2020: Covid-19 cases in the Maldives reached 5,157 as the government cracks down on violations of health and safety protocols, the Edition online news reported earlier this week.

The country is four weeks into a reopening phase that has seen thousands of tourists fly to the Maldives.

The Maldives National University estimates more than 10,000 tourists will visit the Maldives in the first month after opening and possibly, more than 450,000 the end of the year. Last year, the Maldives welcomed a record 1.7 million tourist arrivals.

However, since the reopening of borders to tourists, 15 July, six tourists and 10 resort staff have tested positive for the virus at nine luxury resorts.

Covid-19 cases skyrocketed after the Maldives initiated efforts to steer the country towards a ‘new normal’ with the phased easing of lockdown restrictions across the Greater Male’ Region.

Some European tour operators had earlier argued that the Maldives was a suitable reopening model for other nationals to imitate. That now appears to be a premature conclusion.

Confirmed cases now stand at 5,157, out of which 2,218 are active, with 140 of these having been hospitalised for treatment. A total of 1,478 individuals are currently being held in isolation facilities while 19 have died of the virus so far.

Active Covid-19 cases are spread across 13 islands and eight resorts according to the HPA, though no island outside the Greater Male region is considered to have community spread.

State media reported that 278 people had been fined for not wearing a face mask in public, while 246 establishments have been shut down for failing to comply with safety measures.

The HPA has made wearing a mask that covers the nose, mouth, and chin while outdoors mandatory since 1 August and a programme to inspect establishments such as markets, restaurants, cafes, and salons to ensure that health guidelines are being followed is now underway.

Currently, the island nation records the highest number of daily Covid-19 cases confirmed per capita in the world. Data shows the cumulative cases are still climbing.

The rise in Covid-19 cases per capita, after low numbers in  May and June, indicates an alarming community spread in the country, with recovery numbers slipping in stark contrast to newly identified cases the Edition reported.