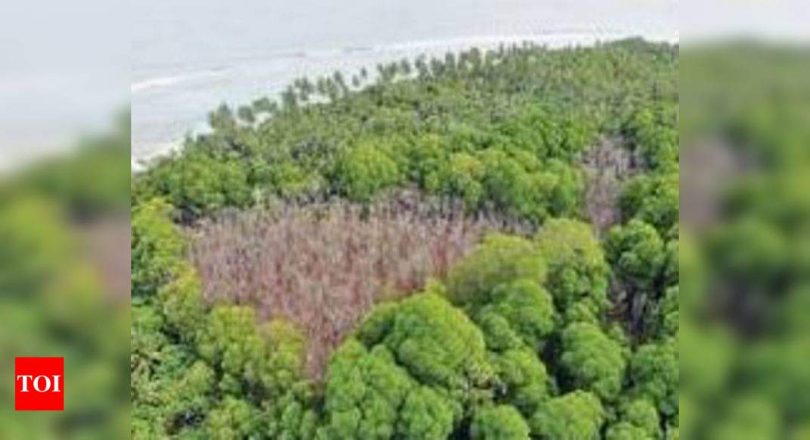 KOCHI: Worried over large-scale ‘die-off’ of mangrove species in several islands of Maldives, the environment ministry of the island nation has sought scientific and technical support from marine biologists of Cochin university of science and technology (Cusat).

The phenomenon was noticed in March 2020 on11 islands, including Sh. Feydhoo, H.A. Uligan and G.Dh. Hoadedhoo, has worried the Maldives as the mangroves serve as natural protection against sea-level rise, tsunamis and sea erosion.

“The Maldivian government worked with the Indian embassy there to reach out to institutions in India and when they approached us, we immediately agreed to do the study. Because of Covid-19, we couldn’t go there and instead, they have sent us samples for analysis here in our laboratory,” said Prof S Bijoy Nandan, head of, department of marine biology, microbiology & biochemistry.

According to the environmental protection agency (EPA) in Male, the first case was reported from H A Kelaa and H. Dh. Neykurendhoo. Maldives is home to 15 mangrove species including the rare Bruguiera hainesii, one of the critically endangered species as per the IUCN Red List. The rare mangrove species was discovered from Kelaa Island in March. The die-off and loss of the prized mangroves are seriously threatening the fragile environment of the island nation in the context of its coastal protection and other livelihood measures. Several field surveys and laboratory analysis were conducted by the scientists and researchers of the EPA, ministry of environment, the Maldives in the affected islands to explore and find a solution to the serious issue in the island but could not succeed.

In view of this, the EPA-Maldives decided to solicit the help of various international agencies in this matter and finally, Cusat was selected for the scientific study.

Now, the research team is analyzing the water, soil, and mangrove samples and various meteorological parameters to determine the root cause of mangrove die-off in the islands. Identifying the bacterial, fungal or insect pathogens are also being assessed in connection with the problem.

The study team will also visit the mangrove affected islands of Male soon to assess the ground situation and also collect the required field data and evaluate the climate and environmental conditions from the islands. It is expected to complete the study in another four months and the detailed report on the reasons for the issue along with relevant management strategies for the mangrove die-off in the islands will be submitted to the Maldives government.