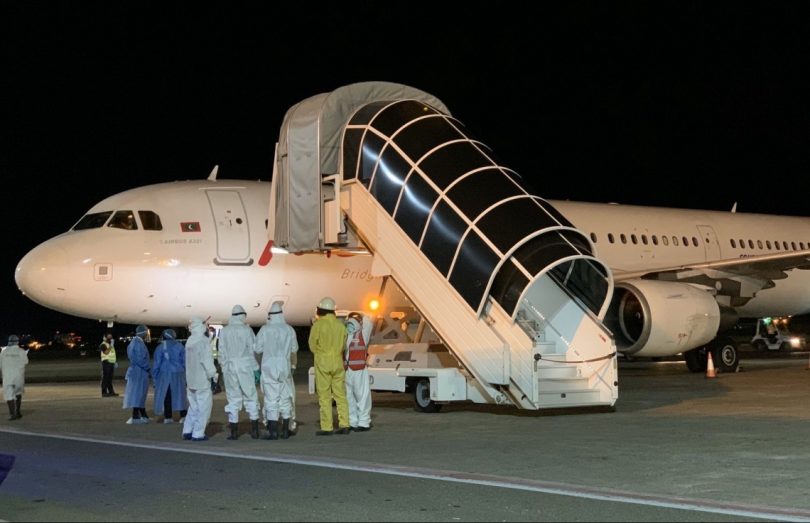 Ministry of Foreign Affairs on Thursday revealed that a total of 446 Maldivians stranded in Malaysia, India and Nepal were repatriated from Monday, June 15, onwards.

Scheduling of the evacuation flights was announced during the daily press briefings held virtually by the National Emergency Operations Centre (NEOC).

According to the Foreign Ministry’s Director of Communications Miuvan Mohamed, plans were underway to bring back approximately 400 locals via chartered flights from the national ‘Maldivian’ airline, as well as Air India and Himalaya Airline.

Prior to evacuation, the Ministry urged all Maldivians to utilize the seats made available on the evacuation flights, noting that a number of flights had arrived with vacant seats.

Since the beginning of the pandemic, over 2500 Maldivians were repatriated from locations across the globe, in 14 different countries.

The Foreign Ministry is currently working on determining a flight route to repatriate 48 local students residing in Russia.

The Maldives presently records a total of 2,120 confirmed cases, out of which 433 are active cases of COVID-19. The country records 1,677 recoveries and eight fatalities so far.

However, the number of recoveries have continued to rise, with over 79 per cent of patients now recovered.

WHO has classified the spread of COVID-19 as a global pandemic. The new strain of novel coronavirus has infected over 8.4 million people and claimed over 451,808 lives around the world. However, out of those infected, 4.4 million people have recovered.