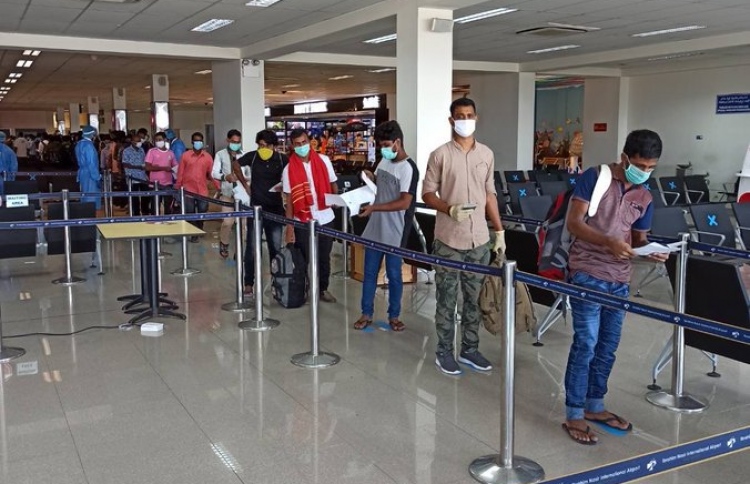 The government of Maldives repatriated a total of 390 Bangladeshi nationals to Dhaka via national airline Maldivian, over the previous weekend.

According to Maldivian, Saturday’s flight carried 195 passengers, while the earlier flight on Friday flew 198 passengers.

The flight from Velana International Airport headed to Dhaka marks the airline’s 7th repatriation flight to the country.

Several foreign citizens, including tourists and expatriate workers, were stranded in the Maldives when the government stopped issuing on-arrival-visas and closed its borders on March 27, in a bid to contain the spread of COVID-19.

Since then, the authorities, as well as several foreign missions in the Maldives, have been working to arrange chartered flights for repatriation. Accordingly, over 1000 Bangladeshi nationals have returned home till date.

Our 6th repatriation flight to #Dhaka just took off from @VelanaAirport with 198 Bangladeshi nationals.#Maldivian#NationalAirline 🇲🇻 pic.twitter.com/B6vSQdsX4W

Bangladeshi citizens make up the majority of the expatriate population in the Maldives, which numbers at over 144,600, out of which authorities had previously estimated that 63,000 were undocumented. Most of the ex-pat population resides in capital Male’, one of the most densely populated cities in the world.

Malé has recorded a significant increase in COVID-19 cases following the first confirmed local transmission on April 15. The outbreak has disproportionately affected the expatriate population, the majority of whom live in highly congested quarters where it is impossible to reduce contact or exercise social distancing. Presently, Bangladeshi nationals account for over 50 per cent of the individuals that tested positive for COVID-19 in the country.

In a move to contain the spread of the coronavirus, in particular within congested labour quarters, the administration has mobilised efforts to transfer expatriate workers to safer environments, including temporary shelters in Hulhumale’, Thilafushi and Gulhifalhu.

The Maldives presently records 1,438 confirmed and 1,201 active cases of COVID-19, five fatalities and 232 recoveries till date.

WHO has classified the spread of COVID-19 as a global pandemic. The new strain of novel coronavirus has infected over 5.6 million people and claimed over 352,200 lives around the world. However, out of those infected, 2.4 million people have recovered.