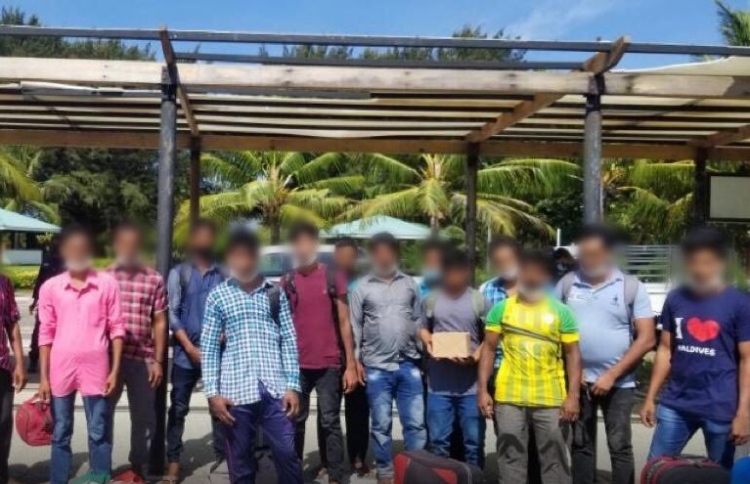 The Maldives has repatriated 200 more Bangladeshi nationals through its national airline, the Maldivian media reports.

Maldivian, the national airline of the Maldives, carried out the repatriation on Monday afternoon, via a flight bound for Dhaka from Velana International Airport, according to Maldivian news channel Raajje TV.

The repatriation is part of the government’s efforts to evacuate volunteering expatriate workers from the Maldives, due to the Covid-19 pandemic.

Efforts are being undertaken by the Ministry of Economic Development to resolve the issue of expatriate workers in the country.

These efforts are being carried out in collaboration with the Ministry of Foreign Affairs and the Bangladeshi High Commission in the Maldives, with the assistance from the Bangladeshi government, after an announcement by

President Ibrahim Mohamed Solih during May following a surge in the number of Bangladeshi nationals testing positive for the global Covid-19 pandemic.

The announcement was to repatriate undocumented Bangladeshi nationals from the Maldives.

Earlier, Economic Minister Fayyaz Ismail stated that the government aims to send back at least 20,000 undocumented workers prior to the end of the ongoing year. Fayyaz noted that expatriate workers will not be sent back home, without their consent.

On Saturday, the government revealed that the number of undocumented expatriate workers repatriated from the Maldives was at 4,205 by then.

Close to 14,000 expatriate workers who volunteered to go back home under the government-initiated repatriation programme, have been evacuated thus far.

The Maldives is to begin imposing fines on expatriate workers residing in the nation without proper documentation such as the employment visa from next week onwards, a procedure for which will be publicised soon.