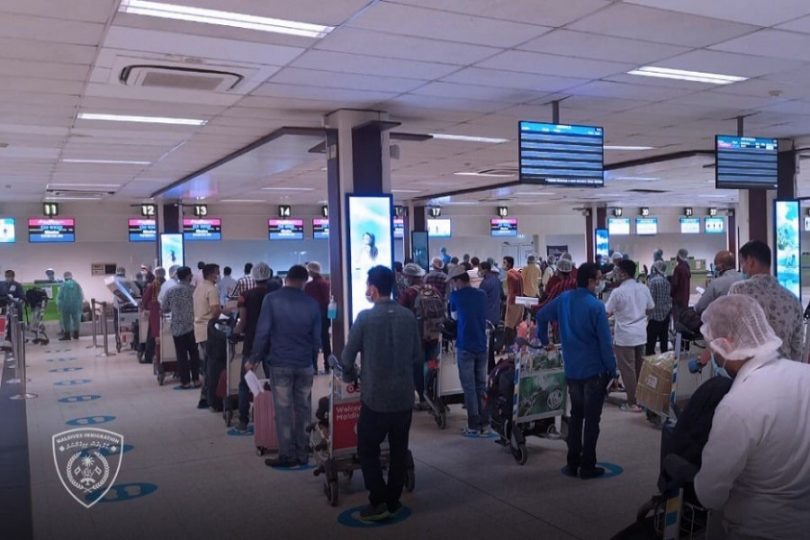 The Maldives has repatriated another 135 Bangladeshi nationals, from the southernmost part of the island country, the Maldivian media reports.

The national airline, Maldivian, carried out the repatriation on Friday morning, where 135 Bangladeshi nationals were evacuated on a flight bound to Dhaka, from Gan International Airport, according to  Maldivian news channel Raajje TV.

This is the first repatriation flight carried out from Gan International Airport.

The Maldives is sending back undocumented Bangladeshi expatriate workers under its government-initiated programme through collaborative efforts from its foreign ministry, economic development ministry and the Bangladeshi High Commission in the island nation.

Earlier this month, the Maldives’ foreign ministry revealed that the number of repatriated undocumented Bangladeshi workers living illegally in the Maldives crossed 3,000 a few days into the beginning of June.

President Ibrahim Mohamed Solih announced the decision to repatriate expatriate workers living illegally in the Maldives, following the global Covid-19 pandemic infecting thousands of Bangladeshi nationals in the country, ever since the virus surfaced in the Maldives on March 07.

Speaking during a sitting of the People’s Majlis, Economic Development Minister Fayyaz Ismail has since said that the government aims to repatriate 20,000 expatriate workers, willing to return home, within the ongoing year.

Bangladeshi nationals are forced to reside in congested living spaces in large groups, after being brought into the country and are often left unsupervised.

Due to this, they have been classified as vulnerable to the global Covid-19 pandemic, due to their lifestyles. So far, over 1,354 Bangladeshi nationals residing in the island nation have tested positive for the virus.

This comes at a time the issue of expatriate workers facing a long-drawn-out delay in their due wages has also been rising.

Due to unpaid wages, groups of expatriate workers have been protesting across the country, and the protests have been escalating.