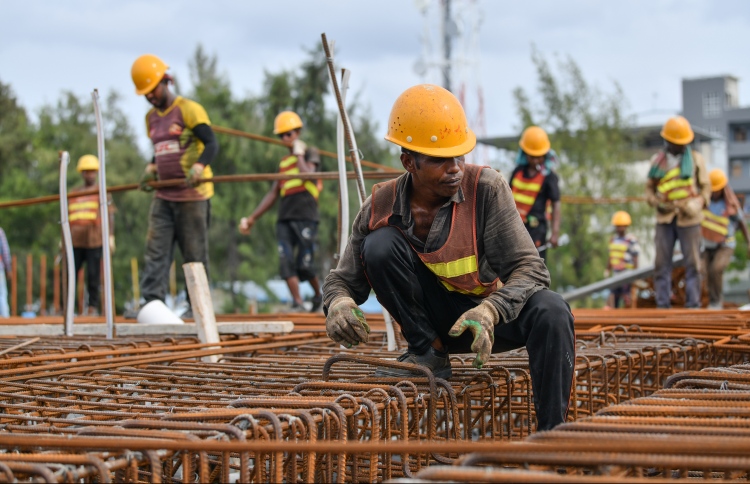 Maldives’ government revealed on Saturday, the repatriation of nearly a thousand Bangladeshi nationals living in the Maldives with undocumented status.

Minister of Foreign Affairs, Abdulla Shahid made the announcement via Twitter and thanked his Bangladeshi counterpart, AK Abdul Momen, the High Commissioner Rear Admiral M Nazmul Hassan, and the Minister of Economic Development and his team for their assistance in the operation.

Maldives’ government had previously operated three repatriation flights to Bangladesh and carried 840 undocumented Bangladeshi citizens living in the Maldives, back to their home nation.

On April 21, Minister of Foreign Affairs Abdulla Shahid confirmed that 68 Bangladeshi nationals with undocumented status were repatriated via a Bangladeshi military aircraft.

An additional 353 Bangladeshi nationals were repatriated on May 16 via a flight chartered by the government of Maldives, while 67 departed via a Bangladeshi Air Force aircraft on May 17.

On Friday, the foreign ministry reported that 352 more undocumented Bangladeshi citizens had left the country.

According to the foreign ministry, it is part of a joint operation with the economic development ministry to repatriate undocumented foreign labourers living in the Maldives.

Bangladeshi nationals make up the majority of the expatriate population in the Maldives, which numbers at over 144,600, out of which authorities estimate 63,000 to be undocumented.

In a move to regularise undocumented migrant workers, the Maldives government in 2019 ran a six-month re-registration program. In February 2020, the economic ministry revealed that 32,000 migrant workers were regularized under this initiative.

Other such efforts include imposing a temporary one-year ban on contracting Bangladeshi labourers, in effect from September 2019.

Meanwhile, President Ibrahim Mohamed Solih on May 5, revealed arrangements were underway to repatriate 1,500 undocumented Bangladeshi workers, after discussions with the Bangladeshi government concerning the rise in COVID-19 infections among the Bangladeshi community in the Maldives.

COVID-19 outbreak in the Maldives’ capital has disproportionately affected its migrant worker population, the majority of whom are Bangladeshi nationals living in highly congested quarters where it is impossible to reduce contact or exercise social distancing. Their living conditions have been described by local and international civil society organizations as, “claustrophobic”, “unsanitary” and “overcrowded”.

Presently, Maldives records 1,313 confirmed cases of COVID-19 with 1,182 active cases, 127 recoveries and four fatalities. Its capital Malé, one of the most densely populated places in the world, has recorded a significant increase in COVID-19 cases since recording its first local transmission on April 15.

The World Health Organization has classified the spread of COVID-19 as a global pandemic. The new strain of novel coronavirus has infected over 5.38 million people and claimed over 343,400 lives around the world. However, 2.23 million people have recovered from the infection.