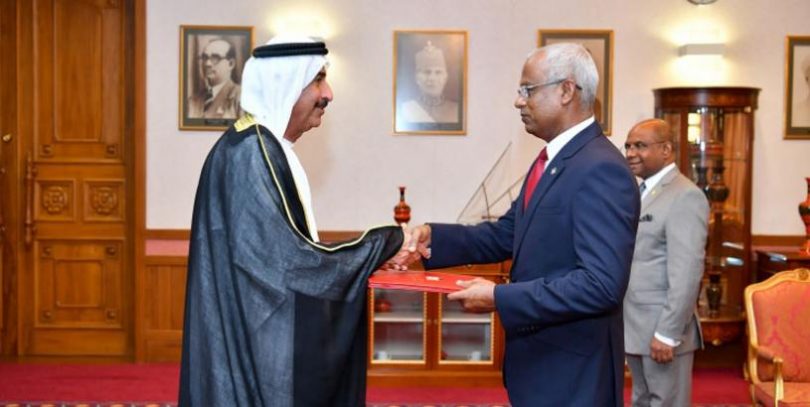 Maldives President Ibrahim Muhammad Solih recently made a personal visit to the United Arab Emirates (UAE) where he reportedly declined an offer from the UAE officials to get himself vaccinated.

According to a report on Rajje TV, President Solih declined the offer, saying he couldn’t be vaccinated before vaccines reached Maldivian shores. Solih was in the UAE from 2-5 January.

The president also met the Crown Prince of Abu Dhabi Sheikh Muhammad Bin Zayed Al Nahyan during his trip. The two leaders discussed joint strategies to mitigate the effects of the global pandemic. The report said Solih also complemented the UAE’s use of innovative and advanced technology in containing the spread of the virus in the country.

The Gulf nation was also the first that allowed its citizens to travel to the Maldives for tourism, thus helped the Maldives to kickstart its most important segment of the economy. The UAE was also among the first few nations that started vaccinating its population.

The report also claimed that the Maldives would get the first batch of the COVID-19 on January 26. The country has reported a total of 14277 cases of COVID-19; however, the active case count remains at 783.