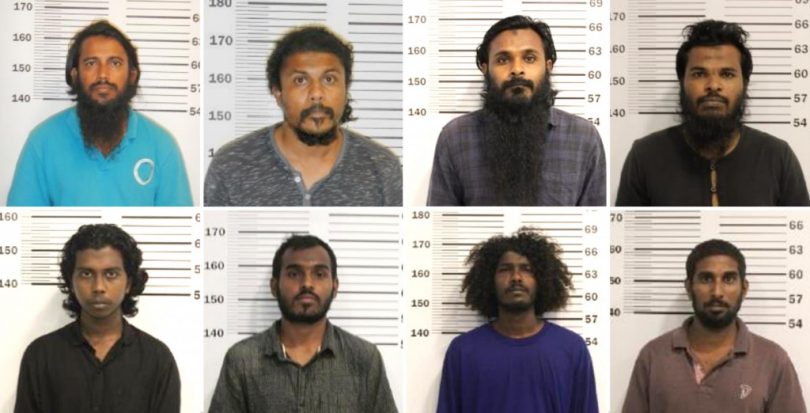 MALE, Maldives — Police in the Maldives said Tuesday they have uncovered a planned attack on a school involving eight suspected members of an Islamic State-affiliated group arrested last November.

The suspects attempted to build an explosive device on a boat at sea, conducted training on uninhabited islands and attempted to recruit children, the Maldives Police Service said.

Police raided the boat and found items that could be used to build a bomb on board and gun cartridges in the shallow sea, it said.

The suspects were arrested after police were tipped off by foreign intelligence agencies, it said in a statement. Evidence was found in seized cellphones of a plan to attack a school while exams were in progress, it said.

It was unclear why the school was a potential target, but religious extremists in the country are known to discourage people from giving their children anything other than strictly Islamic education.

Police said the details of the investigation have been submitted to the Prosecutor General to press charges in court.

The Maldives is an archipelago state in the Indian Ocean with a predominantly Sunni Muslim population.

The country is known for its luxury tourist resorts but has also been in the news for an increasing number of young men going to fight along with Islamic militants in foreign wars.

Some foreign tourists were injured in a blast in a park in Male, the capital, in 2007, the only known militant attack in the country.