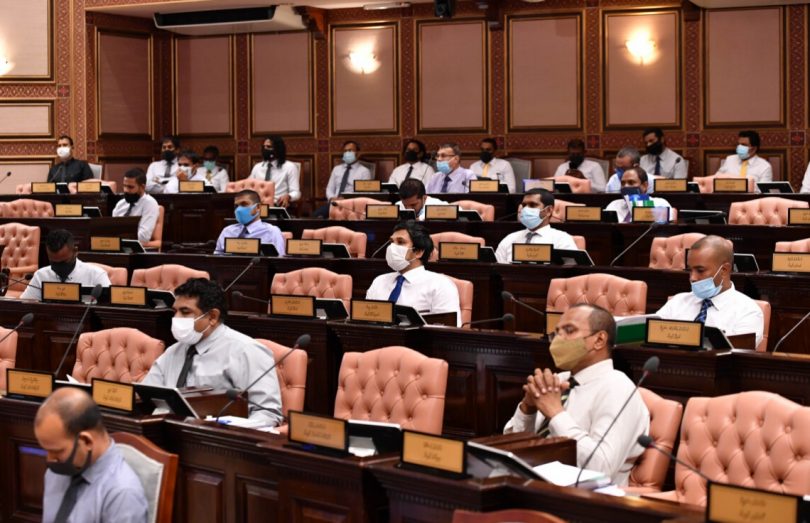 The Parliament, on Monday, approved the decision to sign the International Convention for the Protection of All Persons from Enforced Disappearance (ICPPED).

The decision to sign the convention was unanimously greenlighted by the 56 parliamentarians in attendance at Monday’s session.

Approved by the United Nations General Assembly in 2006, the ICPPED defines enforced disappearance as the arrest, detention, abduction or any other form of deprivation of liberty perpetrated by agents of the state or by persons or groups acting with authorization, support or acquiescence from the state, followed by a refusal to acknowledge the deprivation of liberty or concealment of the fate or whereabouts of the disappeared person, placing the individual outside the protection of the law.

ICPPED stipulates that signatories must criminalise enforced disappearance and implement measures to adequately investigate such cases, whether the offence is committed within its territory, or aboard marine vessels or aircraft registered in the country.

Member states that sign the petition are also required to cooperate with regards to the investigation, criminal proceedings and assisting victims of enforced disappearance.

Following the vote, Parliament Speaker Mohamed Nasheed highlighted the work of the Presidential Commission on Investigation of Murders and Enforced Disappearances (DDCom) which was formed in November 2018.

Recently, the commission has come under harsh criticism for its meagre record of charging suspects and closing cases under investigation, including the disappearance of journalist Ahmed Rilwan.

In 2019, DDCom revealed that Rilwan was murdered following his abduction, in a report which stated that Rilwan’s murder resulted from a clash between some liberals and an extremist group, the latter reportedly being an affiliate of the militant multi-national extremist organization, al-Qaeda.

Two years have passed since the commission reopened investigations into Rilwan’s case, but as of yet, no suspects have been charged in relation to the journalist’s abduction.

In order to honour him on the six-year anniversary of his enforced disappearance, Rilwan’s family released a book that details his case titled ‘Gelluvaalee Mausoom Dhivehi Dharieh’, which loosely translates to ‘[They] Disappeared an Innocent Maldivian’. In the book released on August 8, Rilwan’s mother reiterated her appeal to President Ibrahim Mohamed Solih to fulfil his promises of bringing the perpetrators to justice.

In June, Speaker Nasheed criticised the DDCom for maintaining that “only those who wielded the knife” were being charged instead of accomplices and the masterminds that orchestrated the killings, and later suggested that the commission should be dissolved.