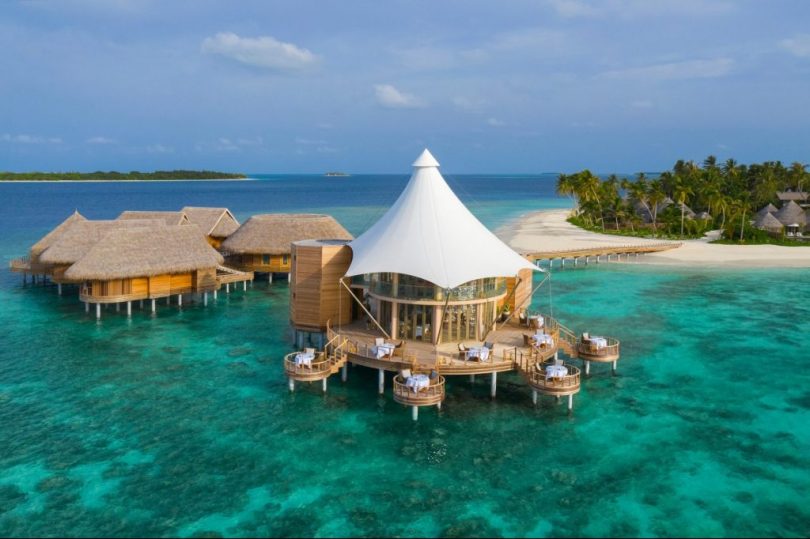 Maldives tourism has been limping to recovery since the destination reopened on July 15, but resorts say there is good reason to expect a sprint rather than a hobble in the fourth quarter of 2020 and first quarter 2021. This is despite an AFP report last Wednesday, “Maldives tightens tourist virus rules after a spike in cases,” which is making its rounds and may dampen consumer confidence to visit.

The tightened rules are that from September 10, tourists must present a negative Covid-19 test result on arrival, a condition that was removed at reopening, along with testing on arrival.

The report linked the change to official saying 29 local staff and 16 foreigners had tested positive at resorts since reopening. The Maldives, however, has been asserting that community spread is largely confined to Male, where tourists aren’t currently allowed to visit.

The new requirement is actually good news for resorts that want the government to mandate that tourists either produce a Covid-free certificate or get tested on arrival.

Resorts such as Soneva have carried on to do their own tests to bolster guests’ confidence on the safety of holidaying in the Maldives. The group, which has two hotels in the Maldives, bought one of the best real-time PCR test machines, the Life Cycler 96 from Roche, and samples are sent to Malé for testing at a hospital. Soneva guests are tested twice, once on arrival and again in the first week of stay (see this video). Likewise, Maldivian staff from Covid-free local islands, while those arriving from abroad are tested thrice.

“But not all resorts test. Nor are people widely tested at the airport upon arrival. Testing is a more important short-term measure against Covid, even more than a vaccine. To demonstrate its safety as a destination, the Maldives should consider testing more,” wrote Sonu Shivdasani, Soneva founder and CEO, in Travel Trade Maldives recently.

Reopening and adjusting rules is part of the recovery journey and, for a country like the Maldives that depends on tourism for a third of its gross domestic product, it’s better to learn quickly on the feet than not to move and reopen at all. If some resorts aren’t testing, getting tourists to produce a Covid-free certificate on arrival is a safety net that should assure rather than deter travellers.

So far, resorts are rejoicing at small great things. For a destination that welcomed 1.7 million last year, or around 91,000 a month, just 1,752 arrivals from July 15 to 31 is amazing, especially when it was followed by 7,628 visitors in August. The top five markets by nationality were the UAE, UK, U.S., Russia and Germany, according to the latest figures from Maldives Immigration.

Asian markets are beginning to thaw. On August 18, an air travel bubble between Maldives and India, the first such arrangement in South Asia, kicked in. A green lane with Singapore could be next. The city-state, which has opened a few business travel green lanes, is now pursuing leisure travel bubbles and there are compelling arguments, such as this article by Singapore-based aviation analyst Brendan Sobie, that the Maldives should be among the first.

India is Maldives’ second-biggest market after China and by far it’s fastest-growing with an 84 per cent rise in arrivals last year. Singapore isn’t Maldives’ 10 source markets but it is a hub, with Singapore Airlines and sister SilkAir operating 16 flights a week to the Maldives before Covid-19.

“Unlike most other countries in Asia, Maldives has already reopened its borders, making an agreement with Singapore relatively easy to forge,” said Sobie. “Singapore-based airlines would be very supportive too.”

The biggest wonder, however, is there are lots of forwarding bookings, according to operators, reflecting a high demand for the Maldives and bringing a good 2020 ending within reach.

“In August we were around 30 to 35 per cent occupancy, which was much lower than normal. However, October should be a stellar month. Soneva Fushi has double on the books than what it had at the same time last year,” Shivdasani told Skift.

“December is always a busy month and we see that this year will be no different towards the end of the year. I believe that Q4 will be a very strong quarter for both Soneva Fushi and Soneva Jani with just one caveat, travel from our main markets has to open up and governments need to adjust their restrictions so that the conditions on the return are less onerous,” said Shivdasani.

At Elegant Resorts UK, bookings for the Maldives are coming in for October to second quarter 2021, said the tour luxury operator’s managing director Lisa Fitzell. People are hoping the Maldives will be on UK’s air corridor list by then, which would mean no quarantine upon return. If it isn’t, and they wish to cancel, there’s full flexibility, as with payment terms and booking changes.

“Resorts in the Maldives are being extremely flexible, some can be cancelled 24 hours before arrival,” said Fitzell.

“With never-seen-before deals, we’re expecting the re-opening will continue to be a success for major source markets. What we need to see for consumer trust to increase, however, is a more consistent pre-departure testing procedure from governments and international airports.”

GET THE BALL ROLLING

As the first Asian destination to declare it is open to the world, Maldives has shown that a unilateral decision to unlock borders is not necessarily a futile exercise.

Someone has to start the ball rolling. Singapore is starting to do the same, first with Brunei and New Zealand, even though New Zealand advises its citizens against travel and its border are only open to citizens and residents. Nevertheless, it’s a signal to the world that “we are open for business,” Singapore said. Visitors from Brunei or New Zealand will not have to quarantine but will be tested upon arrival at the airport.

“The good that has come out of Maldives’ reopening is that it creates global confidence that the Maldives is safe and is open, which is assuring for travel agents and wholesalers to sell. At least there is a strategy, support and a whole mechanism in place,” said Dirk De Cuyper, CEO of S Hotels & Resorts.

He believes that in time, Maldives will gain market share from key resort destinations that haven’t announced a reopening or postponed it, such as Bali, Mauritius, Seychelles or Phuket which are popular with European travellers.

“The government has done a good job in working with the private sector and the community in devising the protocols for a safe reopening. It’s also how these guidelines are communicated. They are clear, user-friendly, not contradictory, welcoming. As a visitor, you know what to expect.”

Admittedly, the geography and scale of Maldives make it more controllable and easier to reopen than say Thailand or Vietnam, he said.

“The pace of bookings is actually better than the same time last year. There is a demand for sure, from Europe, US and Asia. If restrictions ease up and flight availability improves further, Maldives can buck the trend of the domestic market is the only business available right now in travel. It proves that long haul demand can be had,” said De Cuyper.

Around 60 resorts have opened and another 60 are opening in September and October in time for the winter season.

Opening of resorts represents huge marketing for Maldives tourism as it plays up its one island/one resort uniqueness and reinforces the idea that the Maldives isn’t one destination but over 100 different ones to choose from.

Sojern data shows this impact. Flight searches for the Maldives have stayed the same from July 15 to end August, however, hotel searches rose by more than 30 per cent within 30 days of reopening, and 15 per cent in the second half of August.

“This could be due to travellers dreaming through the luxurious hotels in the Maldives, supported by their strong marketing campaigns, ahead of looking at flights. Essentially, in the Maldives, the hotel is the destination,” said Lina Ang, general manager, APAC at Sojern.

Resorts have been extra creative to inspire visits or get people to dream of visiting.

One of the offers at The Nautilus, which reopened on September 1, is a seven, 14 or 21-day workation package that includes the “workation sandbank experience” — work on your own sandbank with your own personal desk, sun canopy and portable high-speed WiFi.

“Travelers are seeking less crowded spaces, private experiences and unique excursions. We also see that there is more demand for longer than the usual seven nights, anything from two weeks to 20 nights’ stays,” said Nautilus general manager, Mohamed Ashraf.

All the resorts interviewed for this article also offer whole island buyouts.

“We see a great demand for multi-generation family reunions, in particular from the Gulf countries and Russia. With just 26 accommodations, we are an attractive buyout for a whole family,” said Ashraf.

“It’s a group that wants to be entirely in their own bubble, not exposed or connected to anyone outside their community. We are getting buyout enquiries now for weddings and other special occasions, even small meetings and incentives.”

The lucrative Indian weddings market should present a huge potential, now that the air bubble between the two countries is in place. With it, Indians no longer have to isolate in a government facility upon return, but in the comfort of their own home, provided they are tested 96 hours or less before arriving back, said Shivdasani.

“With stringent restrictions on social gatherings limiting wedding celebrations this year, couples are looking at investing their savings towards a memorable honeymoon,” he said. “These are mostly new-age couples who would have rescheduled, rerouted or cancelled their honeymoon plans due to the lockdown.”

With luck, Maldives could be one of the few destinations in the world that ends 2020 with a bang rather than the whimper when it reopened.