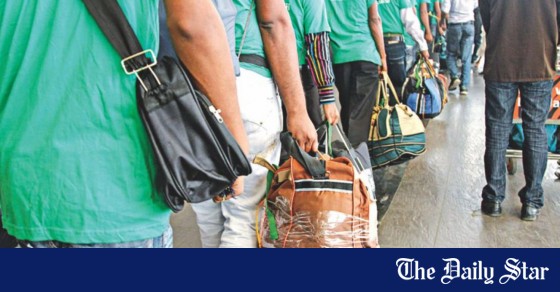 The Maldives intends to extend the ban on importing Bangladeshi labour imposed on September 18, 2019.

Maldives’ Minister of Economic Development Fayyaz Ismail made the statement on Monday while speaking during the parliamentary committee session on National Security Services, reported The Edition, a Maldives-based newspaper.

The minister also said there were plans to send back some 20,000 migrant workers, although it would not be done “against their will”.

He said Maldivian authorities had received cooperation from the Bangladeshi government during the repatriation of 3,800 workers this year. He highlighted that repatriation efforts could not be conducted if such bilateral cooperation is to be maintained.

“Right now, I have no plans to send them back [to their home countries] against their will,” Fayyaz said, clarifying that several foreign labourers who wished to leave the Maldives lacked the means and opportunity to do so, according to The Edition report.

“I want history to record that the Maldives acted justly concerning this matter.”

The economic minister described the undocumented migrants’ situation as the “vilest act in Maldivian history”.

He expressed that he felt “ashamed as a Maldivian”, concerning the treatment of expatriate workers in the country.

In addition to causing the exploitation of several people, Minister Fayyaz stated that the issue had economic, social and national security implications for the Maldives.

According to Fayyaz, laws concerning foreign workers would be “overhauled” during the upcoming week.

He clarified that government efforts would be focused on bringing undocumented migrants within the fold of the law instead of deportation, The Edition report read.

Despite acknowledging the enormity and complicated nature of the state’s efforts to reach a solution, he assured that all efforts to exert undue influence by those with vested interests would be blocked.

The economic minister requested the parliament to extend full cooperation in tackling the issue.

The exploitations reported include human trafficking, withholding of wages, poor living conditions, and other human rights violations. The poor quality of life has also resulted in a disproportionate effect of Covid-19 on Maldives’ vast migrant population.