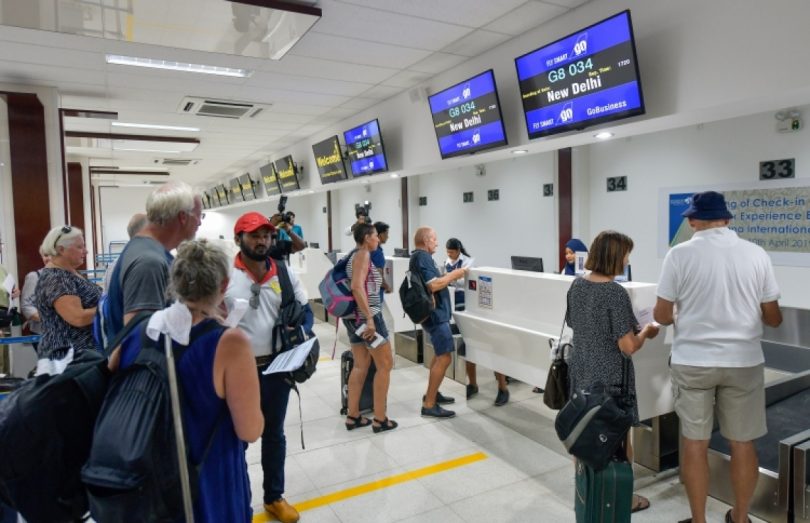 Ministry of Tourism, on Friday, revealed that the rate at which tourists tested positive for COVID-19 in the Maldives was reduced to 0.07 per cent in December 2020.

Presented as a percentage of tourist arrivals, the lowest infection rate was recorded in December, the month that attracted the largest number of tourists since the country reopened its borders in mid-2020, with a total of 93,823 arrivals.

The island nation saw the highest rate of tourist infections in last September, with 0.36 per cent of 9,538 visitors testing positive for the virus during the month.

The Maldivian government reopened its borders on July 15 with just four airlines, following a period of international travel restrictions spanning nearly four months. Six months after the border reopening, the situation in travel has almost reverted back to what it was before the border closure.

At the moment, Maldives is recording a daily average of 3,000 to 5,000 tourist arrivals — a notable figure considering the trenches that the industry fell into mid-2020.

Despite the entire industry screeching to a halt due to preventive measures are taken to curb the spread of the virus, Maldives hit its target for 500,000 tourists in 2020, with an impressive recovery curve.

With renewed hope, the government expects to attract over 1.5 million tourists in 2021. Minister of Tourism Dr Abdulla Mausoom, on several occasions, stated that this year would be a “very successful” year for Maldivian tourism.