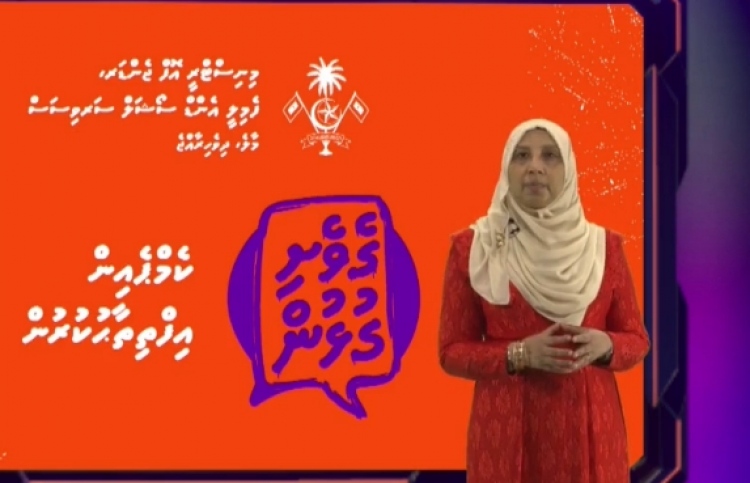 The three-month campaign, which aims to raise awareness on domestic violence across the country, was inaugurated by Gender Minister Aishath Mohamed Didi in a virtual ceremony.

President Ibrahim Mohamed Solih also participated in the inauguration, which marked the first time a national campaign was virtually launched in the Maldives.

In his remarks, the president condemned domestic violence and abuse as contributing factors to many of society’s ills, calling on all of society to fulfil their obligation to protect women and children.

He praised the Geveshi Gulhun campaign as an integral part of the government’s efforts against abuse and violence, which include investing more resources into social protection. In this regard, the president highlighted that the government allotted MVR 294 million from the State Budget to the Gender Ministry this year, which is an increase of MVR 111 million from 2018.

Moreover, he stated that legislative initiatives were also taken to ensure that rape and sexual exploitation are treated as ‘grave criminal offences’ within Maldives’ criminal justice system.

He also touched on his administration’s work to ensure children’s rights, noting that the Child Rights Protection Act was ratified last year. A position for an independent ‘child rights ombudsman’ was formalised under this legislation, who will be charged with protecting and promoting the interests of children in the country.

President Solih noted that he has already nominated a candidate for the post of ombudsman to the parliament. However, the parliament’s approval is still pending.

In addition, the president declared that empowering women and challenging enduring prejudices were crucial to combat abuse. Emphasising that success hinged on the holistic efforts of government and state institutions as well as the civil society, he hailed the efforts of civil society organisations and individuals that advocate against domestic violence, stating that Geveshi Gulhun will complement their work.

Speaking at the ceremony, Gender Minister Aishath noted that the majority of domestic violence victims comprised of women. She conveyed her gratitude to the men who helped launch the Geveshi Gulhun campaign and called on the male population to give their full support in minimising instances of abuse and violence.

According to the ministry, the activities under the Gevesh Gulhun campaign will be conducted mainly through media, such as live programmes and awareness messages disseminated on social media platforms. The campaign will also raise awareness via street art and billboards.

The ministry further noted that the campaign was launched with support from some major state companies and volunteer work from local creative talents.

The government’s national campaign against domestic violence and abuse comes in the wake of several cases on sexual abuse, assault and harassment that were reported recently.

Moreover, in Male City, a collective of gender equality advocates who are known from their work in both Family Legal Clinic (FLC) and Nufoshey, together with other lawyers and media personnel, recently launched the #FundOurSafety initiative, voicing demands to declare rape and sexual offences as serious criminal offences and reallocate state funds for the protection of victims.