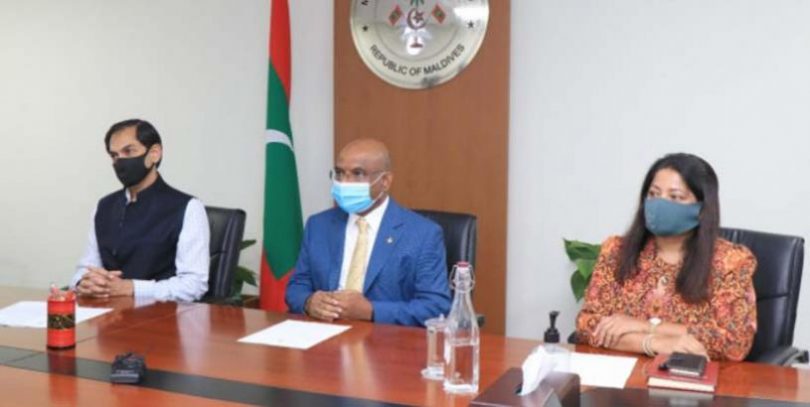 The Maldives government has inaugurated a children’s shelter that was renovated under Indian grant assistance.

A virtual ceremony was held to mark the completion of the Fiyavathi Home for Vulnerable Children in Hulhumalé in North Male.

Shahid said that the state has a moral and ethical responsibility to ensure that children in a position of socioeconomic vulnerability are given adequate care and attention.

He also said that the renovation project is one of the many projects carried out under the Indian-Grant Assistance and expressed gratitude to the government of India for the constant support to Maldivian communities by facilitating many of such socially impactful projects across the island nation.

The traditionally close bilateral relationship between the Maldives and India has been strengthened and deepened since November 2018, he added.

“This is in no doubt, due to the close relationship between leaders of both countries, and their commitment to a strong Maldives-India partnership that delivers,” he added.

Shahid expressed special gratitude to the Indian External Affairs Minister, Dr S. Jaishankar for his “close and personal” commitment to the partnership that the Maldives and India continue to enjoy.

He also reiterated appreciation to the Indian high commissioner and his team for their “exceptional” dedication to the island nation, according to the Raajje.mv.

The project aims to provide the children a safer and conducive environment for their growth and development.

Under this project, the Fiyavathi Home has been significantly renovated by procuring additional beds, constructing cupboards, painting interior and exterior walls, strengthening the functionality of the home, according to The Edition newspaper.

The project was undertaken with financial assistance from India given in March 2019. Under the Indian Grant Assistance of MVR 106 million, MVR 1.9 million was spent on the project, officials said.

The aim of the grant assistance is to conduct socio-economic development projects across the country.