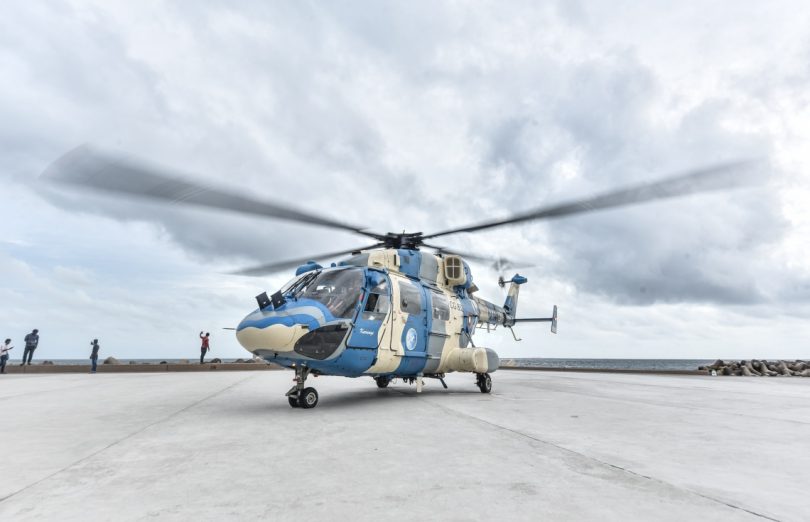 Ministry of Defense, on Tuesday, refused to declare details on the stationed Indian forces in the country on the basis that it could negatively affect bilateral relations.

During a jointly held press conference by the Information Commissioner’s Office (ICOM), the Defence Ministry’s spokesperson Mohamed Shimaah said the information was a matter of national security.

He added that such matters can be classified from public inquiries based on the potential consequences impacting diplomatic relations.

The query surfaced after journalists from local media ‘Dhiyares’ posed the question in December last year, regarding the Indian officers stationed in the country to operate the helicopters gifted by India.

Shimaah fired back, noting that regardless of such requests, the dissemination of certain information will result in adverse impacts.

Fiyaz then highlighted previous occurrences where institutions have used the threat of national security to purposefully hide information, adding that a meeting with more relevant and senior officials of the ministry was required to investigate the request.

Upon granted an opportunity to speak, Dhiyares’ journalist Ahmed Azaan argued, demanding to know how revealing the number of foreign forces currently residing in the country could result in a threat to national security.

The two helicopters, which were gifted by the Indian government to the Maldives in 2010 and 2011, are based in Seenu Atoll’s Gan and Laamu Atoll’s Kahdhoo respectively. Under the agreement between India and Maldives, the Indian military would handle operations until Maldivian soldiers could be properly trained.

However, no steps have yet been taken by India to train any officers of the Maldivian military to operate the helicopters.

Chief of Defence Force Major General Abdulla Shamaal previously asserted that no foreign armed forces are present in the Maldives.

During a press conference held by senior officers of MNDF in September, Shamaal described a military presence as armed officers with ulterior motives.

Repeatedly denying such a presence in the Maldives, Shamaal stated that “technicians, technical personnel serving humanitarian purposes [and those] aiding us and fulfilling our needs are working in the Maldives”.