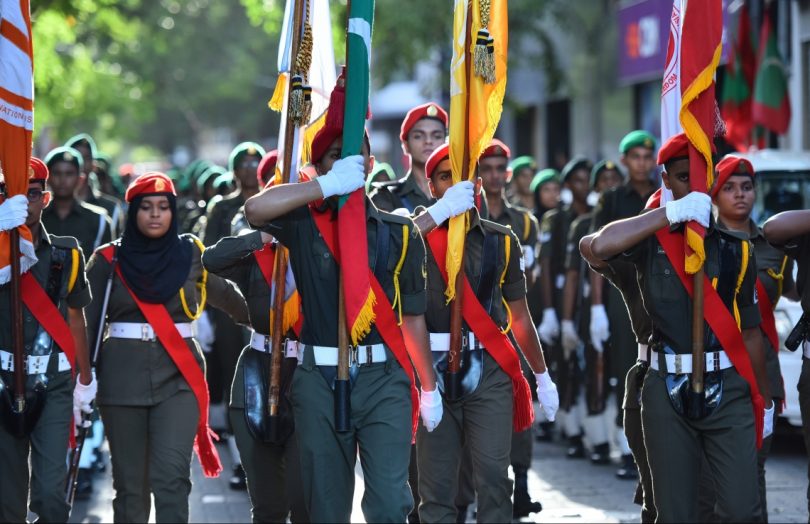 President Ibrahim Mohamed Solih on Tuesday, upon consultation with his cabinet, confirmed that Independence Day celebrations would not be held this year.   However, as is tradition, President Solih will offer his greetings of the day to the nation on July 26. His address is presently scheduled to take place at 1000 hours.

According to a statement published by the President’s Office, the cancellation extends to the official assembly, sports festivities, parades and other activities held to make the occasion.

The decision to pull the plug, the government revealed, was made with respect to the ‘new normal’ guidelines issued by the health protection agency, to contain the further spread of COVID19.

In addition to discouraging mass congregations, the guidelines also require people to maintain social distancing measures and minimize interactions – all of which would be difficult to maintain during such celebrations.

Given the price tag attached to usual colourful splendour, and ongoing recovery efforts over the economic impact brought on by the global pandemic, the government asserted that calling off festivities would also serve to reduce state spending.

After deliberating on 2020s National Award of Honour and National Award of Recognition, the president and his cabinet concluded that the distinctions would be bestowed during the official National Day celebration ceremony. Special Achievement Awards will be given to recipients during this year’s official Republic Day ceremony.

Both the National Day ceremony, currently set for October 18 and the Republic Day ceremony, which falls on November 11, is confirmed to depend on the country’s situation with regard to COVID-19, and a decision is likely to be reaffirmed closer to date.

Nevertheless, the president has officially opened nominations for the 2020 National Awards.

Maldives’ Independence Day is commemorated on the day that President Ibrahim Nasir signed the historic agreement that emancipated the island nation from under the rule of the United Kingdom, in 1965.

The vibrant day will bear a sombre note this year, as the persisting cases mean that the Maldives is not off the hook with its local outbreak and the virus that changed the world continues to burden the archipelago.

Nevertheless, the nation’s borders are set to re-open on July 15, when the country’s ‘golden’ resort tourism begins to welcome tourists once more. The administration has expressed hopes that the move will reignite the country’s economy as well as confidence that the set-infrastructure would be able to support the incoming guest and minimize possible risks to health.

As one of the most densely populated cities in the world, capital city Malé recorded a significant increase in COVID-19 cases in the first weeks following the first confirmed local transmission on April 15.

However, the number of recoveries continue to rise, with 82 per cent of patients now recovered.

On March 12, WHO classified the spread of COVID-19 as a global pandemic. To date, the new strain of novel coronavirus has infected over 11.8 million people and claimed over 543,318 lives around the world. However, out of those infected, more than 6.7 million people have recovered.