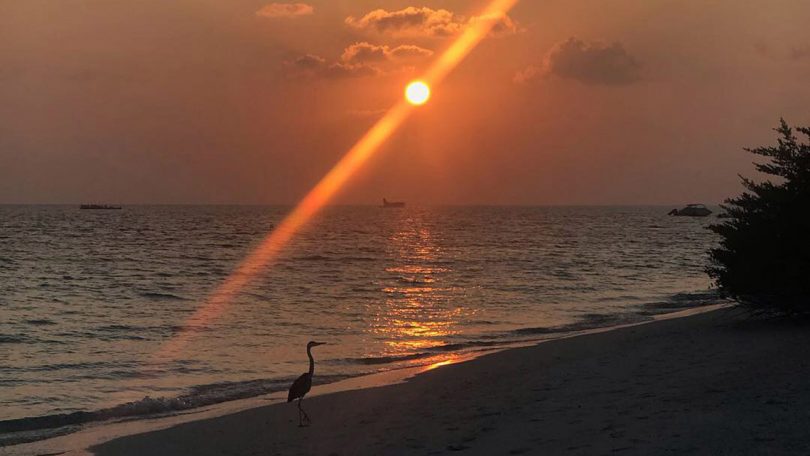 Randy Shimabuku, general manager of the Four Seasons Resort Maldives at Kuda Huraa, said informal discussions with the Maldives government indicate the country could begin accepting private jets this month, and that commercial flights could resume in July.

Maldivian officials, he said, are expected to make a formal announcement on Monday.

“We are very hopeful,” he said in a Zoom press conference Thursday morning.

Armando Kraenzlin, regional vice president and general manager of the Four Seasons Resort Maldives at Landaa Giraavaru, said the unique geography of the nation, which is made up of a widely dispersed chain of some 1,200 islands, has been conducive to protecting its population from the pandemic.

Shimabuku says the resorts have created a safe bubble and adopted new safety protocols to protect guests and staff, including the brand-wide initiatives being adopted under a new partnership between Four Seasons and Johns Hopkins Medicine International.

While the Maldives is already known an abundance of sea and birdlife, Shimabuku said in the past few months he has seen a marked increase in wildlife.

It’s almost like “the animals think the humans have left and they are coming back to take over,” he said.