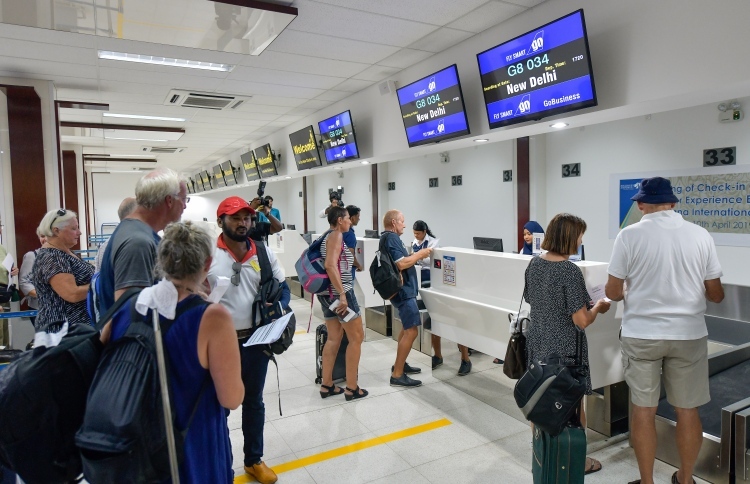 The Delegation of the European Union (EU) to Sri Lanka and the Maldives, on Monday, issued a statement asserting that Maldives was not placed on a blacklist, despite being excluded from the list of countries permitted to travel to the EU, following the temporary lifting of restrictions on non-essential travel.

The EU Delegation acknowledged the “successful efforts of the Maldivian government” in containing the further spread of COVID-19.

As per the statement, the initial list of countries would be chosen according to a set of criteria which includes internal epidemiological circumstances and the potential for reciprocity. Presently, 15 countries are on the shortlist.

The EU Delegation stressed that a country must not be considered as being blacklisted even if it is not currently on the list.

Additionally, the delegation assured that the initial list would be regularly updated to include additional destinations, once the EU has evaluated changes in the respective country’s circumstances.

The Maldives presently records a total of 2,337 confirmed cases, out of which 397 are active cases of COVID-19. Thus far, the country records 1,927 recoveries and eight fatalities.

As one of the most densely populated cities in the world, Maldives’ capital Malé recorded a significant increase in COVID-19 cases in the first weeks following the first confirmed local transmission on April 15. However, the number of recoveries have continued to rise, with roughly 82 per cent of patients now recovered.

In response, the Maldivian government initiated efforts to steer the country towards a ‘new normal’ with the phased easing of lockdown restrictions across the Greater Male’ Region. The inter-island travel ban has also been lifted while the authorities prepare to reopen Maldives’ borders in July to restart tourism and kickstart the economy,

On March 12, WHO classified the spread of COVID-19 as a global pandemic. To date, the new strain of novel coronavirus has infected over 10.4 million people and claimed over 508,400 lives around the world. However, out of those infected, more than 5.6 million people have recovered.