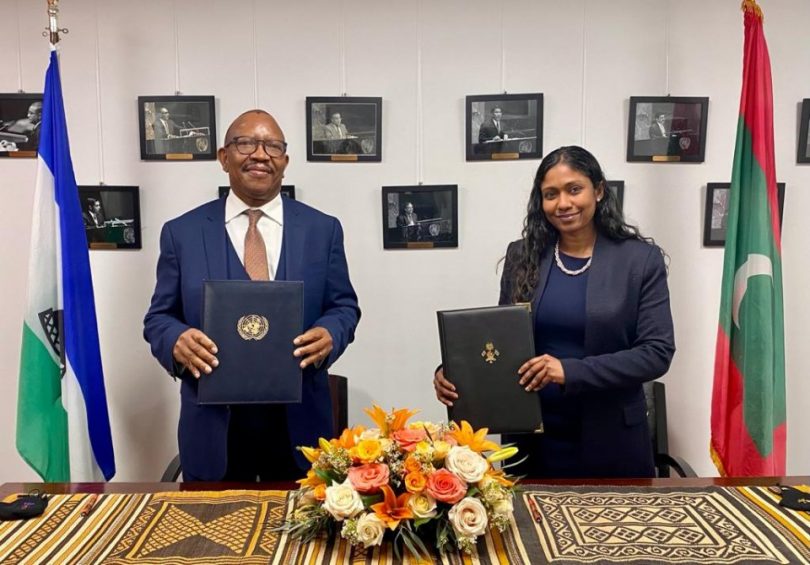 The Maldives and the Kingdom of Lesotho have formally established diplomatic relations today.

Permanent Representative of the Republic of Maldives to the United Nations Thilmeeza Hussain signed the Joint Communiqué formalizing diplomatic relations between the two countries on behalf of the Maldives and Permanent Representative of the Kingdom of Lesotho to the United Nations Nkopane Raseeng Monyane signed on behalf of the Government of Lesotho. 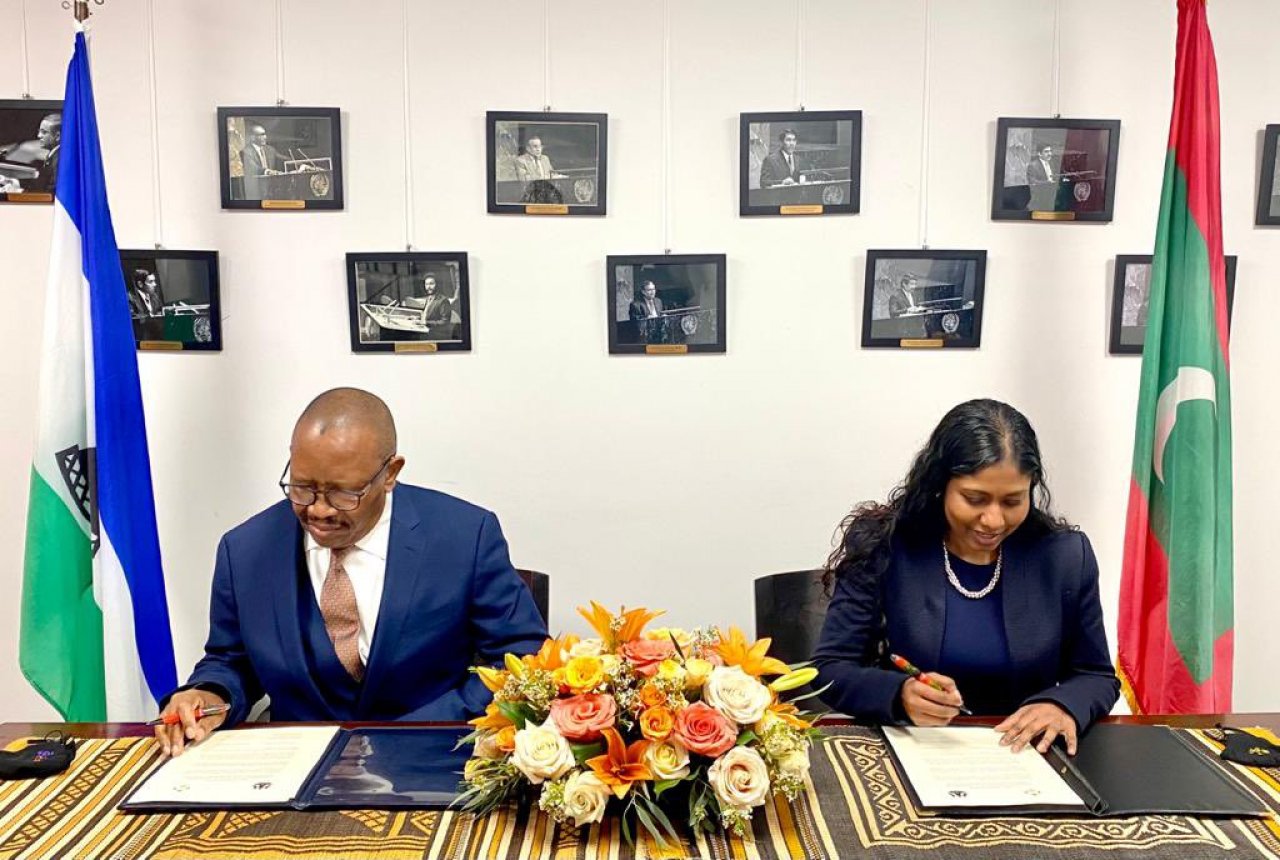 The Foreign Ministry said that Cultivating meaningful partnerships with countries that respect and value friendship remains a key priority of the foreign policy of President Ibrahim Mohamed Solih.

It also said that as comparatively small nations in the international arena, the establishment of diplomatic relations between the two countries paves the way for the two countries to cooperate further to achieve common goals in areas of mutual interest.

Lesotho is a landlocked country situated in Southern Africa, encircled by South Africa, with a population of approximately 2.12 million.