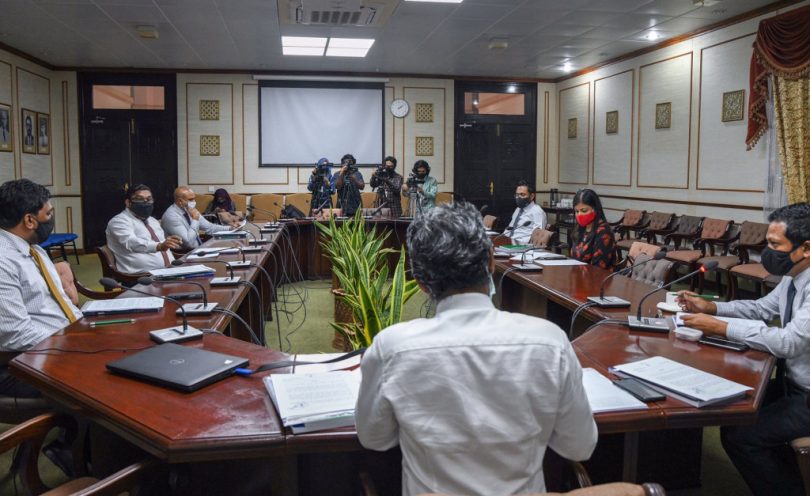 The public has been expressing anger after local police released two men who are alleged to have raped a Kenyan woman aboard a safari moored off Hulhumale’ last Friday.

The two men were abruptly released after being taken into custody, and several media have reported that the victim was told by the police that the men were being released as they were ‘influential men with political connections’. However, the police have denied the allegations and said no influence was exerted on the police to release the suspects. While some local and international media have reported the incident with the victim’s account, the police said the victim has not given any interviews to any media.

Maldives parliament has decided to investigate the matter to identify any police negligence, and it’s Human Rights and Gender Committee on Monday made the decision to seek the statements of the victim and the police involved in the case. In this regard, two meetings with the police have been scheduled for Tuesday, and the first meeting will be with the first officers who were on the scene. The second meeting will be with the station in charge and the police officers in charge of the case. The committee also decided that the victim will be summoned to the committee and questioned regarding her ordeal only if she wishes to attend the committee to share her account.

The human rights committee further decided to monitor the work being done by the Gender Ministry to ensure the safety of the victim. It was also decided that the Prosecutor General will keep close track of the police case and that the parliament would request the office to share their findings with the committee. The committee also made the decision to make it obligatory upon the Media Council and Maldives Broadcasting Commission to verify if news published or aired in relation to the case are true accounts.

Local NGO, Voice of Children led a protest on Monday evening in front of the Gender Ministry and called to make rape and sexual abuse a serious crime. They further called to conclude natures of nature in an expedited manner during the court process, and to ensure that justice is served. They further called to take action against those who obstruct the delivery of justice. Police used force to break up the protest in which a large number of youth took part. Pepper spray was used against the protestors, and at least one protestor was arrested for clashing with the police.