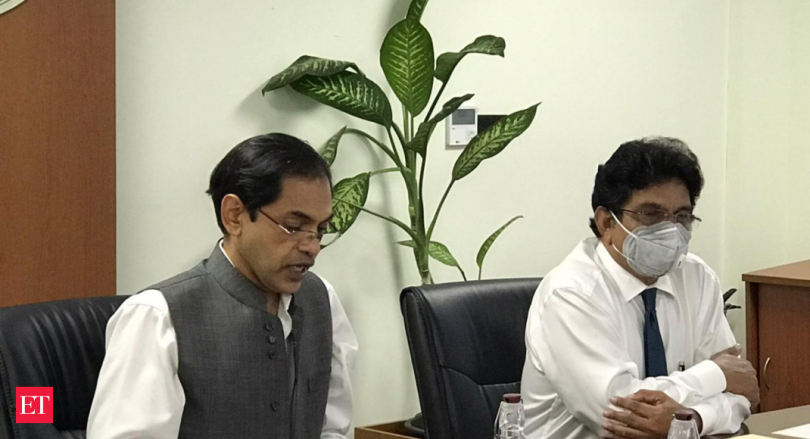 The five eco-tourism zones are being developed under MoUs signed between the Indian High Commission (Maldives), the Ministry of Foreign Affairs and Addu City Council this February.

As the Implementing Agency for these projects, Addu City Council (Maldives) is responsible for steering the entire project-cycle including tendering, tender-evaluation, the award of contracts, monitoring and execution of the projects, according to a government statement.

The contract award ceremony for ‘Development of 5 Eco-tourism zones’ in Addu, one each in Hithadoo, Maradhoo, Feydhoo, Hulhudhoo & Meedhoo , was held at the Addu City Council. Maldives Foreign Secretary Abdul Ghafoor, senior officials from the Ministry of Foreign Affairs, Members of Parliament representing Addu city, officials from President’s office and High Commissioner of India Sunjay Sudhir participated in the ceremony.

These grant projects are being implemented under the High-Impact Community Development project (HICDP) scheme which involves total grant assistance of MVR 85 million ($5.5 million) to the Maldives. Currently, there are nine such high-impact projects being implemented under this particular scheme in the Maldives. Of these, contracts have already been awarded for setting up of three Fish Plants in Addu. Mobilisation advance for all nine projects was handed over during a ceremony organised at the Foreign Ministry last month.

Sudhir, in his remarks, highlighted the three most important objectives of the HICDP projects, namely, developing high-impact assets for the benefit of the local island community, building capacities within the Local Councils that are entrusted with the responsibility of executing the projects and supporting of the local island economy.

He recalled that contracts for the other three HICDP projects in Addu, relating to setting up of Fish-processing plants, had been awarded during a ceremony held on July 22. He remarked that taken together, these 8 grant projects on Tourism and Fisheries could be expected to bring about a transformation in the economic and employment landscape of Addu. Sudhir also acknowledged the efforts made by Addu City Council, Foreign Minister Shahid Abdulla, and other Government bodies to register concrete progress on the projects despite challenges posed by the COVID-19 pandemic.

Projects under HICDP are selected by Government of Maldives through the Ministry of Foreign Affairs and are those that involve a high level of community impact and participation in the areas of livelihood and income generation, health, education, gender and child empowerment, sports, sustainable development, etc. HICDPs constitute an important dimension of the dynamic development partnership between India and the Maldives. These projects are driven by the needs of communities on the islands.

The objectives for implementing these projects are three-fold: i) To develop high-impact assets for the benefit of the local island community; ii) To build capacities within the Local Councils that are fully responsible for the projects, right from their commencement to a conclusion; iii) To support and strengthen the local economy

With Monday’s ceremony, India has completed the process of awarding contracts for all HICDP projects being implemented in Addu. These projects relating to the development of Tourism and Fisheries, the two most important sectors of the Maldivian economy, are expected to have a positive impact on employment generation, revenue earnings and exports for Addu.