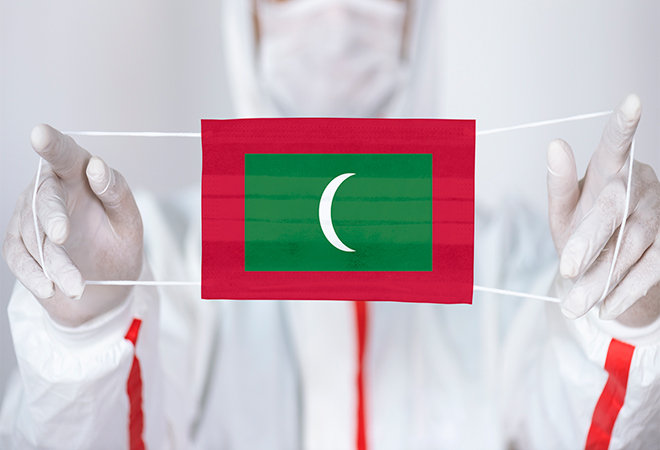 If the COVID19 situation does not reverse and dramatically so over a short term, India may have to redouble its current efforts and also increase supplies.

After the Asian tsunami in 2004, India has put aside its own current COVID19 crisis to demonstrate the nation’s ‘Neighbourhood First’ policy and commitment, by rushing food and medical supplies to other SAARC member-nations. The Maldives is one country eternally dependent on imports for subsistence, given the size and saline nature of the available land, with the result, New Delhi has since rushed all essentials to the Indian Ocean archipelago, with promises of more, as and when sought.

With all the civilian airlines barred, New Delhi took the exceptional step of rushing a high, 6.2 tonnes of medical supplies aboard an Indian Air Force (IAF) transporter. This became possible after Foreign Minister Abdulla Shahid talked to his Indian counterpart S. Jaishanker, and the latter promised to rush the required pharmaceutical products.

Receiving the medicines at Male, Minister Shahid thanked India profusely and noted that India had always assisted the Maldives in the times of crisis. Indian Ambassador Sunjay Sudhir, who was present, reaffirmed India’s commitment to assisting the Maldives.

Maldives is the first South Asian nation where COVID19 struck and India was busy evaluating the possible impact on the nation.

The current shipment and also Amb Sudhir’s reassurance followed Maldivian public concerns over the continued availability of staple foods in the aftermath of the 21-day internal shutdown announced by Indian Prime Minister Narendra Modi, and the possible delays in transportation and shipment of the regular supplies to the archipelago nation.

At the instance of the Maldivian government of MDP President Ibrahim Solih, India rushed a defence medical team and supplies to the country, as early as 14 March. Maldives is the first South Asian nation where COVID19 struck, and India was busy evaluating the possible impact on the nation, and the necessary steps that New Delhi had to take to check the pandemic from reaching the dangerous third, ‘community risk’ stage.

Alongside India, China, where the global COVID19 crisis had its beginnings, to has begun sending medical supplies to Maldives (and also other South Asian nations). Chinese Ambassador Zhang Lizhong stated that their first shipment included emergency medical supplies. He described it as an exemplary instance of collaboration between the two countries.

Maldivian dependence on neighbouring India and Sri Lanka is very high. Going beyond the speciality and super-speciality medical care and portals of education, from under-graduation upwards, Maldives depends more on these two neighbours for the regular supply of daily essentials — from staple food items like rice, wheat and all condiments to all kinds of medicines and pharmaceutical supplies.

Alive to such Maldivian dependency, the Government of India for decades now has ensured that any export ban on food and other essential supplies that are in short supply for local consumers does not affect supplies for two of its smaller neighbours, Maldives and Bhutan. Better still, New Delhi has never ever made Maldivian civilian requirements a pawn in bilateral and regional diplomatic game of chess.

As Maldivians alive to the realities of their circumstances acknowledge, everyone in the country, from the highest political office-holder to the lowly commoner in a distant island eagerly look up to southern Tamil Nadu’s Thoothukudy port to ship those supplies on a regular basis. From pin to notebooks, dress material and almost everything, India and Sri Lanka are the sources.

In India, the government almost takes the moral, if not physical, responsibility. In the times of disasters, be it of the natural tsunami kind or COVID19, the government also takes up the physical responsibility of delivering the goods and in time. Come the annual Islamic fasting month, which culminates in the Ramzan festivities, Indian supplies hit the peak.

This year-round, the Ramzan month commences in the last week of April. It remains to be seen if the COVID19 threat and fears would have disappeared from Maldivian lands, homes and faces. That alone will determine how much supplies Indian traders engaged in the Maldivian business will have to deliver — and when.

‘Operation Cactus’ and after

India-Maldives civilian cooperation at the government level had got a real boost when in 1987, New Delhi rushed its Air Force personnel to restore order and democracy in the country after a group of Sri Lankan Tamil mercenaries sought to overthrow the legitimate Government of President Maumoon Abdul Gayoom. Code-named ‘Operation Cactus’, IAF’s daredevil landing of its large-transport aircraft in darkness on Male’s civilian airport runway that juts into the sea, is considered as adventurous as their landing of troops in the Srinagar airport, again without maps and landing aids, in the late forties.

Signs of strains began to show up in bilateral relations when then-president Abdulla Yameen began identifying with his new international friend in China.

In end-December 2004, when the Asian tsunami took South Asian nations by surprise and shock, India, which had suffered heavy losses to the Andaman group of islands and the Tri-Services Command established there, rushed all relief material and persona to the other two affected neighbours, namely, Maldives and Sri Lanka. Maldives’ mainstay economic activity in resort tourism took a huge hit. India also suffered much damage along the eastern coast, especially in southern Tamil Nadu.

In relatively recent times, India rushed large quantities of drinking water when the desalination plants of capital Male got burnt in December 2014. However, signs of strains began to show up in bilateral relations, when then-president Abdulla Yameen began identifying with his new international friend in China. Yameen became the first Maldivian President to visit China, preceded by China’s Xi Jinping doing so earlier.

With the COVID19 threat still looming large, the Solih Government has toughened curfew conditions, to try and minimise the pandemic impact. Resort-tourism being a major contributor to the government revenue, business prospects and family incomes, the government is already under pressure to take remedial steps — but they all will have to wait until after the pandemic-threat is behind the nation. Without mincing words, the nation’s Health Protection Agency (HPA) has said that the nation is ‘still at risk’ on the corona-centred health front.

With the mainline tourism sector anticipated to lose $ 450 m this year, Maldives has become to the 20th of 78 member-nations to seek Asian Infrastructure Investment Bank’s (AIIB) $5 billion corona-centric aid package, for the first 18 months. The government has also sought $50 million from the International Investment Corporation (IIC) and $30 million from the International Monetary Fund (IMF). The World Bank has approved a $7.3 million package and had also let the Maldives spend $10 million disaster risk fund, signed in 2019, to be utilised now.

Both India and Maldives may have to discuss financial payments and arrangements, as they can be strained over the medium term for the government’s State Trading Organisation (STO).

If the COVID19 situation does not reverse and dramatically so over a short term, India may have to redouble its current efforts and also increase supplies. More importantly, the two nations may have to discuss financial payments and arrangements, as they can be strained over the medium term for the government’s State Trading Organisation (STO).

Already, the Tourism Employees Association-Maldives (TEAM) has taken up the issue of resorts and other employers in the sector suspending salary payments in the aftermath of COVID19-centric cancellation of room bookings, impacting on family incomes. The tourism ministry has warned that it would penalise employers who harass their employees, post-COVID19. In an incident possibly unconnected with the employees, robbers broke open a steel safe in a resort and decamped with 57 passports and some cash.

Meanwhile, unfazed by the current situation, the nation’s Parliament met online, with 71 of the total 87 MPs participating in the discussions on the COVID19 threat and the ways to face the situation. The Speaker, Mohammed Nasheed, a former President, denied rumours that he has developed COVID19 symptoms following a short visit to the UK.