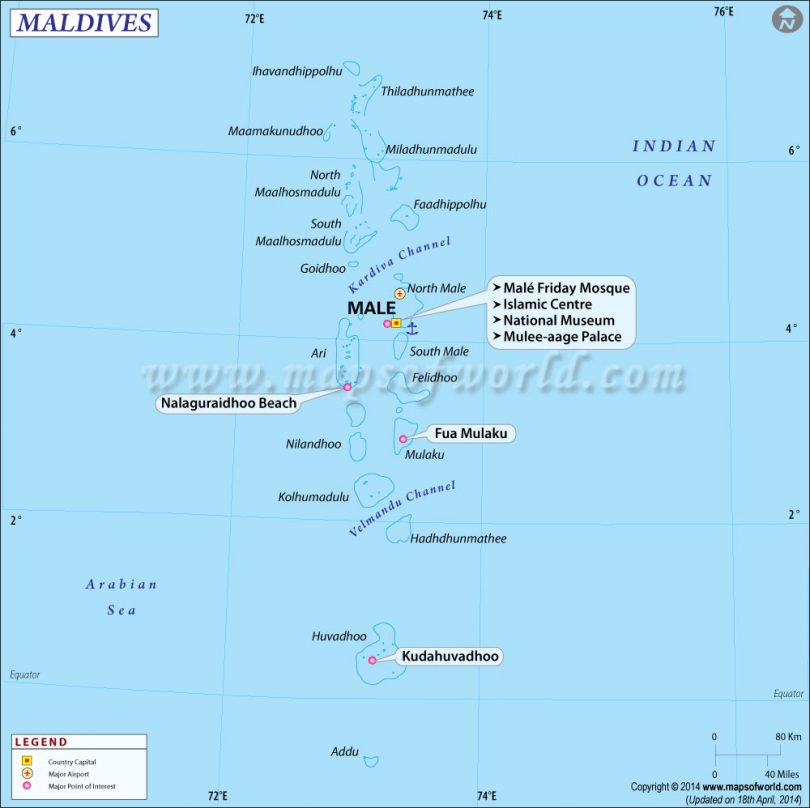 The Maldives government is now alarmed at the amount of debt it owes to China. With the coronavirus pandemic, the tourism-dependent islands are now finding it difficult to repay the Chinese debt that the previous government took.

However, in 2018 Yameen faced election defeat. In an interview with BBC, the current Speaker of Parliament Mohamed Nasheed said that the Chinese debt amounts to $3.1 billion. This includes government-to-government loans, the money given to state enterprises and private sector loans guaranteed by the Maldivian government. He is worried his country walked into a debt trap.

“Can these assets produce enough revenue to pay back the debt? The business plan of none of these projects has any indication to suggest that it will be able to pay back the loan,” Nasheed told BBC.

Chinese ambassador in Male, Zhang Lizhong dismissed these allegations and told BBC, “China never imposes additional requirements to the Maldivian side or any other developing country, which they do not want to accept or against their will.” He called Nasheed’s $3 billion debt as “highly exaggerated”.

According to the World Bank, Tourism, directly and indirectly, accounts for nearly two-thirds of the country’s gross domestic product (GDP) of Maldives. The tourism industry is down was 55 per cent by the end of June and estimates suggest the country may lose more than USD 700 million, more than a third of its tourism income, this year if the pandemic persists, said the BBC report.

Beijing has been criticised internationally for loaning billions of dollars to developing nations who then fail to repay the loan. Beijing then demands concessions and advantages in exchange for debt relief.

Sri Lanka had relied heavily on China to construct $1.5 billion port in Hambantota in the country’s south. After the port was operating at a loss and couldn’t generate enough revenue to repay the loan to Beijing, the port was leased to China for 99 years in return for $1.1 billion which eased its position.

US Secretary of State Mike Pompeo said China practised “debt-trap diplomacy”. “It may feel good at the moment – you think you got a cheap product or a low-cost bridge or road built. And in the end, there will be a political cost attached to that which will greatly exceed the economic value of what you were provided,” he said.

The archipelago is strategically located in the Indian Ocean facilitating global trade. Ritika V. Kapoor, a Research associate explains in her paper titled ‘Significance of the Maldives to India’ that even while the International Shipping Lanes (ISL) in the vicinity of the Maldives have broad strategic significance for global maritime trade, they are of particular importance to India. Fifty per cent of India’s external trade and eighty per cent of its energy imports transit these ISLs.

Anand Kumar, a fellow at the Institute for Defense Studies and Analyses in New Delhi, told NYT that “the Maldives is just another front for the Chinese,” citing its militarization of islands in the South China Sea as one example. “China has deep-rooted economic, political and military interests in the Maldives, and it’s not going to be a win-win situation for India.”

It is important to note that Beijing has been proactively investing in infrastructure projects in neighbouring countries including Pakistan, Nepal, Myanmar, Bangladesh gaining influence in the region.

Meanwhile, India is now vying to woo back its neighbours including the Maldives, through Prime Minister Narendra Modi’s “Neighbourhood First” policy. However, currently, China is far ahead in the race to buy friend and their countries.