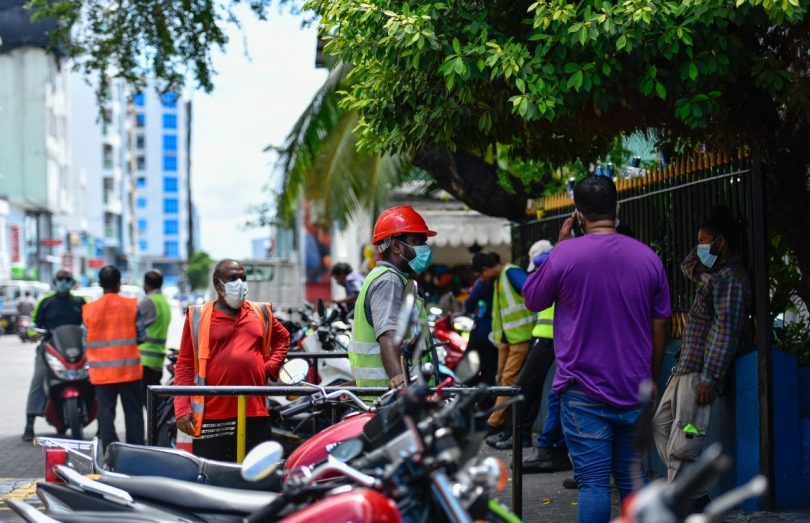 The Maldivian government recorded its second COVID-19 related death, confirming that a 33-year-old Bangladeshi citizen had passed away during the early hours of Tuesday.

Speaking at the virtually-held press conference hosted by the National Emergency Operations Centre (NEOC) on Tuesday, Communications Undersecretary Mabrouq Abdul Azeez revealed that burial rituals would be carried out in the country, as consented to by the family of the deceased, under Health Protection Agency (HPA) regulations.

The Bangladeshi citizen was transferred to Indhira Gandhi Memorial Hospital from the Senahiya Military Hospital.

According to the doctors present at the conference, the individual suffered a massive haemorrhaging of the brain following a tonic-clonic seizure.

Despite later testing positive for COVID-19, the victim’s death was primarily related to external underlying conditions and is believed to have been asymptomatic of the virus.

However, under World Health Organization (WHO)’s guidelines for certification and classification of COVID-19 as a cause of death, the individual’s passing is regarded as a COVID-19 related death.

Therefore, is considered to mark the second death in the Maldives in relation to the local community spread of COVID-19 virus.

Doctors further noted that during the treatment, the individual had suffered cardiac arrests twice and was placed on mechanical ventilation but had shortly succumbed to his injuries. The medical professionals were unable to conduct extensive assessments as treatment became first priority.

Contact tracing is reported to be ongoing and authorities stated that further details pertaining to the fatality would be given during the next press conference.

Confirmed an additional 6 cases of COVID-19 infection in Maldives.

The disease has also disproportionately affected the country’s large expatriate population, the majority of whom are Bangladeshi nationals and live in highly congested quarters where it is impossible to reduce contact or exercise social distancing.

At present, Maldives now records 557 confirmed, 539 active cases of COVID-19 and a total of 17 recoveries. The country recorded its first virus death, of an 83-year-old local female, on April 29.

Worldwide, the COVID-19 virus has infected over 3.66 million people and claimed over 252,682 lives around the world. However, out of those infected, 1.2 million people have recovered.