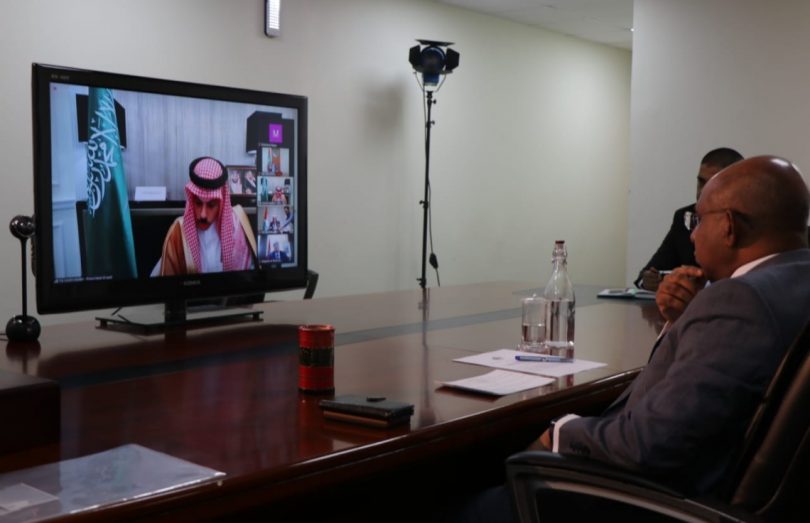 Minister of Foreign Affairs Abdulla Shahid made the declaration on behalf of the Maldivian government while participating in a virtual Extraordinary Meeting of the Organization of Islamic Cooperation (OIC) Executive Committee. Chaired by Saudi Arabia, the meeting was attended by Foreign Ministers of the OIC to discuss Israel’s proposal to annex the occupied West Bank in Palestine.

Delivering his remarks, Shahid asserted Maldives’ condemnation and rejection of the Israeli government’s plan to annex the West Bank, stating that it would destabilise regional peace and security as well as compound the suffering of the Palestinian people amid the ongoing COVID-19 pandemic.

Intl. community must ensure that intl. law is upheld & relevant UN resolutions are implemented to end the illegal occupation of Palestinian lands. We stand with our brothers & sisters in Palestine – you are not alone in your struggle for justice, peace & most of all, freedom.

Shahid also reiterated Maldives’ long-standing position of ensuring an independent and sovereign State of Palestine, based on the 1967 borders, with East Jerusalem as its capital. He declared that annexation of the West Bank would diminish any hopes of a two-state solution.

Concluding his remarks, the minister called for unity amongst the Islamic Ummah, to stand in solidarity with the people of Palestine to bring them justice, peace and freedom.

Maldives has been an active member of the OIC since becoming a member in 1967. Comprising of 57 member states, the OIC is a leading voice on the international area, to advocate for the rights of the Palestinian people and a two-state solution.