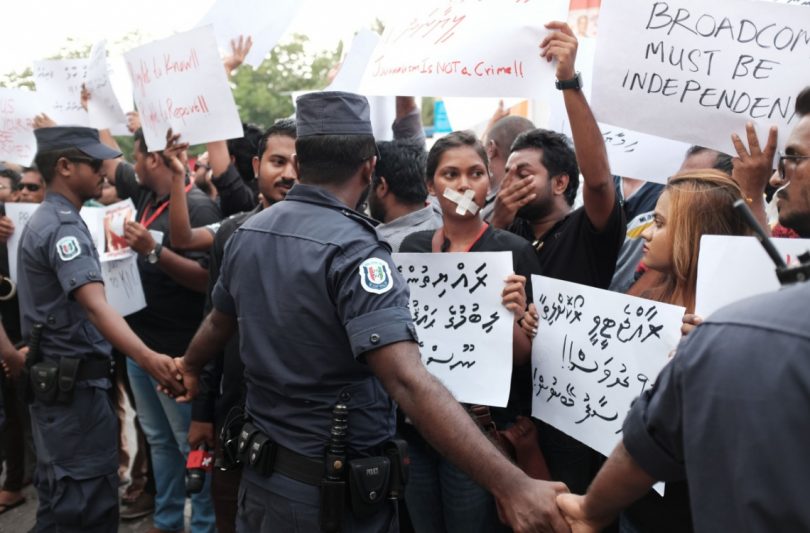 Reporters Without Borders (RSF) listed the Maldives at the 79th rank of the 2020 World Press Freedom Index, with a global score of 29.93.

According to RSF, Maldives shows a position difference of 19 in the index, leaping up from the 2019 ranking of 98, becoming the second country in the world to show the most progress within the year. Malaysia made the greatest improvement, climbing 22 positions from rank 123 to 101.

RSF, an NGO that safeguards the right to freedom of information, stated that the Maldives fell steadily in the index during former President Abdulla Yameen Abdul Gayoom’s administration, from 103rd in 2013 to 120th in 2018.

As per RSF, President Ibrahim Mohamed Solih fulfilled one of his electoral pledges on improving press freedom by repealing “the draconian 2016 law on defamation, which had been widely used by the previous government to harass independent media outlets”.

President Solih ratified the bill to repeal the Freedom of Speech and Defamation Act on November 22, 2018. Despite the parliament passing the bill within the tenure of former President Yameen, the motion was filed post-election and the incumbent had just won by a landslide.

Although the situation is markedly improved, RSF noted that “impunity is still a major issue”, adding that the police have yet to identify the abductors of Ahmed Rilwan Abdulla, a journalist who disappeared in August 2014.

Moreover, RSF stated that “the murder of Yameen Rasheed, a blogger who was stabbed to death in April 2017, has also gone unpunished”.

President Solih’s created a Presidential Committee on the Investigation of Deaths and Enforced Disappearances to probe high-profile cold cases such as Rilwan’s disappearance and Yameen’s murder. However, no suspects have been convicted as of yet.

On this year’s World Press Freedom Index, Norway maintained its number 1 ranking, with Finland a close second. Denmark climbed to the third-ranking with a position difference of 2 compared to 2019.

With a decrease in the ranking, North Korea, described by RSF as a “totalitarian regime” that continues to “keep its citizens in a state of ignorance” was at the bottom of the index, right after Turkmenistan.