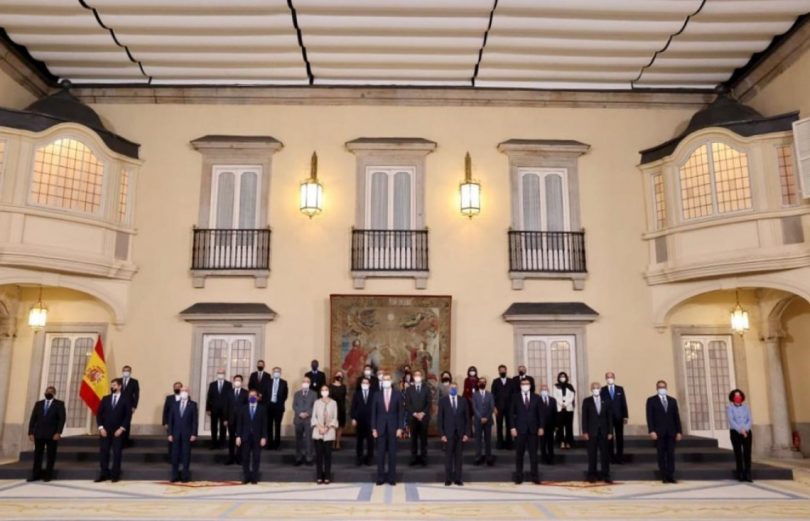 A Maldivian delegation, led by the Minister of Tourism Dr Abdulla Mausoom, participated in the 113th session of the UN World Tourism Organization (UNWTO) Executive Council hosted between January 18 to 19 in Madrid, Spain.

The main aim of the council was to finalize proposals for the 24th UNWTO General Assembly, scheduled to be held in Morocco later this year.

Throughout the course of the session, member states held discussions regarding their respective tourism industries and the role of UNWTO.

During his address, Minister Mausoom highlighted the ongoing impact of the COVID-19 pandemic on the Maldivian tourism industry and potential pathways for further development. He also noted that the country’s tourism regulations were amended to encourage investment in the sector for 2021.

Dr Mausoom also revealed that several commemorative programmes were being planned for 2022 to mark the 50 year anniversary of tourism in the Maldives. He expressed hopes of collaborating with UNWTO on some celebratory events.

As part of the 113th session of the Executive Council, an election was held to finalise a nominee to serve as UNWTO Secretary-General between 2022 to 2025. Incumbent Secretary-General Zurab Pololikashvili won the polls.

In his address during the session, Spanish Prime Minister Pedro Sánchez expressed hope that the tourism sector would progress and benefit all countries despite 2020 being a challenging year for global tourism. He stated that all major challenges to the global tourism industry, such as the Boxing Day Tsunami of 2004, had been overcome through international cooperation.

Following the UNWTO council, Dr Mausoom attended a meeting hosted by Spanish King Philip at the El Pardo Palace in Madrid. During his address, King Felipe highlighted the importance of the tourism industry in increasing job opportunities and investments across the world.

During the private audiences held with the king, Dr Mausoom detailed the policy of sustainable development adopted throughout the development of Maldives’ tourism industry. The king assured that Spain would support the island nations effort to conserve natural environments.