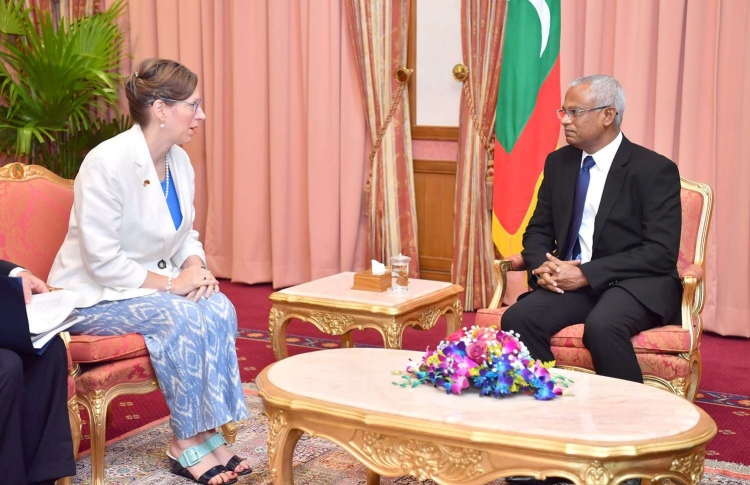 The Ambassador of the United States to the Maldives and Sri Lanka Alaina Teplitz stated that the agreement between America and Maldives will advance high-level dialogues, build partner capacity, and increase interoperability with Maldives National Defence Force (MNDF).

During this week, the ambassador told international news agency Nikkei Asian Review that the agreement will pave the way for the Maldives to join other nations with “a shared responsibility to uphold the rules and values ensuring a free and open Indo-Pacific”.

“They’ve trained with U.S. Marines on defence tactics, and conducted emergency medical exercises with the US Air Force”.

Although details of the agreement were not disclosed, international news outlets have reported that the recent agreement signed between US and Maldives is similar to the US plans for a status of forces agreement with the Maldives in 2013, which failed due to Indian influence.

However, according to news reports, the latest agreement was signed with India’s support.

The Indo-Pacific alliance aims to curb China’s influence in the Indian Ocean. The US Secretary of State Mike Pompeo is shortly scheduled to visit Maldives, Sri Lanka, India and Indonesia — four notable countries of the Indo-Pacific region.