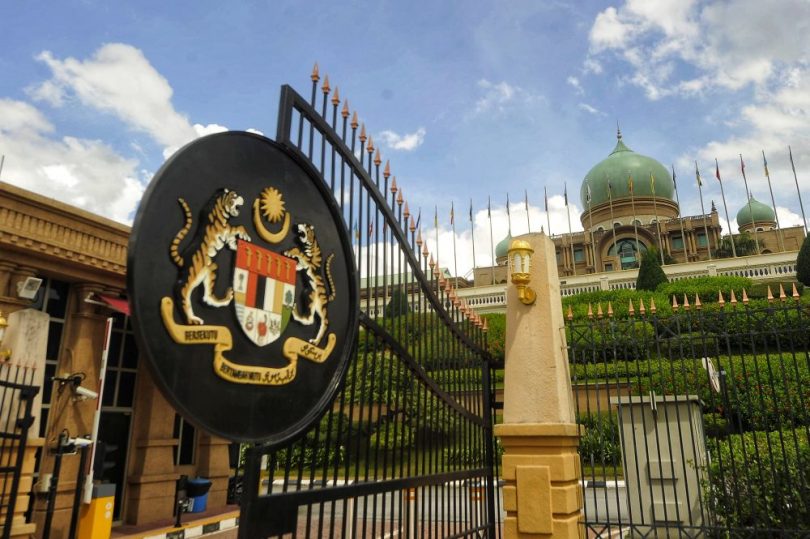 KUALA LUMPUR, Oct 14 — A Malaysian property developer initially contracted to build a 25-storey office building for the Maldivian government has filed a notice of termination over the agreement after failing to receive almost US$23 million (RM95.2million) in payments since 2018.

The termination by WZR Property Sdn Bhd (WZR) filed against Housing Development Corporation Ltd (HDC), a company owned by the government of the island nation of Maldives, outlined how the cessation notice delivered via email on October 11 came into effect the same day.

“Since our client had given you an ample time to remit the payment, which you failed to pay to date, thus our client’s termination takes effect from the date of receipt of this Notice of termination.

“Please remit the full outstanding payment to our client as mentioned above as soon as possible and we shall forward to you our further claim in due course,” read excerpts from termination the notice sighted by Malay Mail.

The notice was filed through the law firm of Hanif Abdul Rahman & Associates, who clarified and confirmed with Malay Mail the authenticity of the notice.

This represents yet another episode between the two entities after entering into an agreement dating back in 2016, terms of which were altered and re-finalised in 2017.

The agreement was for WZR to design, build and finance the 25-storey office complex for Maldives’ Ministry of Finance and Treasury.

However, in May 2018, an invoice issued by WZR seeking payment from HDC was not honoured by the Maldivian company despite work on the project approaching 20 per cent completion.

Their dispute led WZR to appeal to the Asian International Arbitration Centre (AIAC) last year to help resolve the matter when HDC resisted paying, having claimed to have run into financial difficulties.

In July this year, London-based adjudicator John Wright, appointed by the AIAC, ruled that HDC were to pay WZR a total sum of US$22.8 million in owed payments, including interests collected from unpaid fees, along with legal and administration fees.

Wright ruled that WZR were entitled to the payment, following their May 2018 invoice, seven days from the date of his decision on July 5, despite the pleas from the Maldivian company of it being financially unfit to pay.

Several days following the judgement, HDC altered its tone and repeatedly expressed its commitment to settle the owed payments and resume the contract with WZR, which it had breached after failing to make payments.

WZR’s notice of termination also included how a subsequent letter was sent to HDC on August 24, reminding the latter that it had missed the payment deadline as stated within the adjudicator’s decision.

“In our letter dated August 24, 2020, we have informed you that you had failed and, or, neglected and, or, refused to make payment for the above-stated sum as directed by the Adjudicator,” read its notice.

WZR executive director Wan Nadzir Wan Mohamad had previously even told Malay Mail that the company will be seeking help from Wisma Putra as well as Foreign Minister Datuk Seri Hishammuddin Hussein to ensure it is paid by the Maldives state-owned company, in line with the July 5 adjudication decision.

They then cemented their point by highlighting in their termination notice that neither party had referred Wright’s judgement to an Arbitrator or disputed his decision, leaving his judgment as final and binding.

“However, you still failed to make the payment to our client despite the adjudication decision has instructed you to do so.

“Your failure to make the stipulated payment to our client constitutes as a fundamental breach of the contract,” read WZR’s termination notice.

This despite an October 6 report by Maldivian news site Raajje TV that quoted HDC saying it was supposedly in talks with both WZR and arbitrators to try and reach an agreement between parties to proceed with the project.

HDC was quoted in the report lamenting how the project was approved by the previous government, prior to the April 2019 election which saw the country go through a change in regime.

It said the project was awarded then to WZR without proper funding and how HDC only came into the picture in 2017 when taking over under a novation agreement that was originally signed directly between the Maldivian government and the Malaysian company.

The report even quoted HDC noting that a 25-storey office project was interestingly never within the company’s business plan, adding that this would have led to ‘feasibility issues’.

Malay Mail has reached out to HDC and Wisma Putra seeking comments.