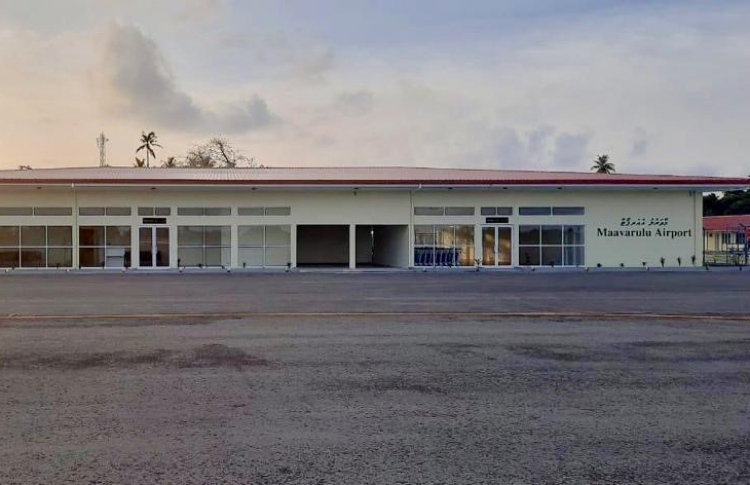 Maldives Transport and Contracting Company (MTCC) announced Thursday that the majority of the work for the airport under development in Maavarulu, Gaafu Dhaalu Atoll was completed.

As per MTCC, phase two of the project, which saw the development of the passenger terminal, fire building, staff accommodation quarter, powerhouse, guard post and restaurant was concluded on June 30.

The project was awarded to MTCC in July 2019, and work officially commenced in August of that year. The company predicted that MVR 12.1million will be spent on this project.

In addition to the airport building, MTCC also completed work on the expansion of Maavarulu’s harbour, including the construction of a 199-metre breakwater and 30 metres of revetment, along with the installation of lights and navigational aids.

MTCC estimated that MVR 18.1 million would be spent on the project to expand the harbour.

The national airline Maldivian is to commence commercial flights to Maavaru Airport from Velana International Airpot in July for a fare of MVR 827.