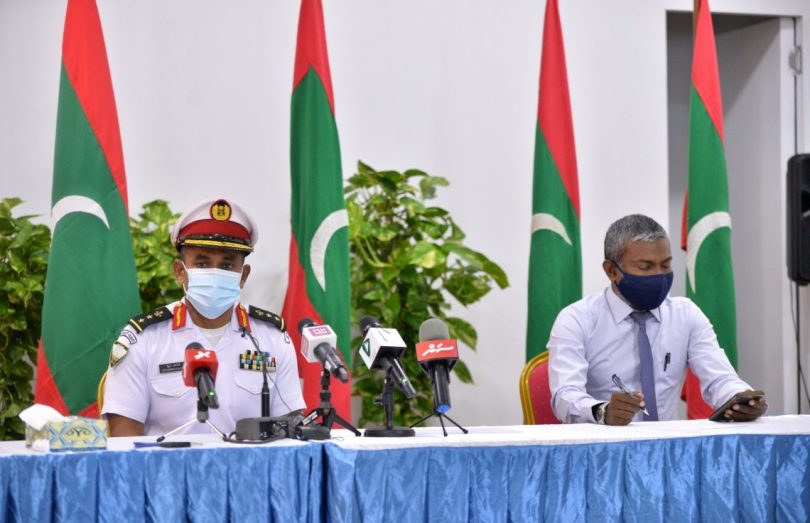 Maldivian Coast Guard on Friday, stated that there was a low risk of an oil spill affecting the Maldives’, referring to the now-contained blaze aboard an oil tanker off the coast of Sri Lanka.

According to Indian Coast Guard and Sri Lankan Navy, there have been no reports of an oil spill from the tanker, nor an immediate danger of the tanker breaking apart despite a two-metre crack in the hull situated 10 metres above the waterline.

During a joint press conference held at the Ministry of Environment, Coast Guard’s Principal Director Lieutenant Colonel Mohamed Saleem stated that a specialized task force was formulated to tackle a potential spill in Maldivian waters.

Moreover, factoring in weather conditions such as current and wind direction, Saleem said that the risk of Maldives’ being affected was further reduced.

He further added that, with prior assistance from the Japanese government, Maldives’ had already acquired equipment designed for use in responding to an oil spill.

Although the risk of an environmental disaster was low from the New Diamond, Environmental Protection Agency (HPA)’s Director General Ibrahim Naeem stated that such equipment was crucial to the Maldives, as the region is frequented by crude oil tankers.

“There is a sea route utilized by oil tankers and cargo vessels in the north. Those that travel from the route travel near the Northern atolls and so it becomes important to be prepared for such a situation”, noted Naeem.

The vessel is larger than the Japanese bulk carrier MV Wakashio, which reefed onto Mauritius in July, leaking over 1,000 tonnes of oil into the island nation’s pristine waters.