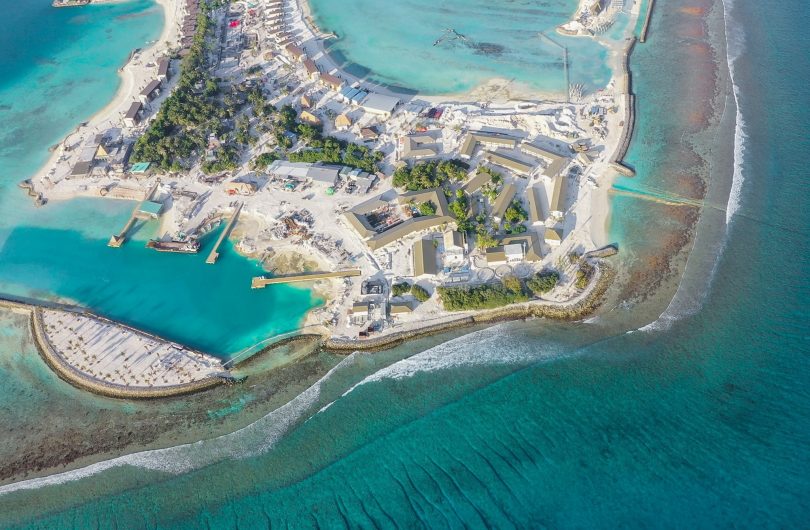 Chickens is a roping, high-performance left located on the southern tip of Kuda Villingili Island in the Maldives. Catch it on a deep southeast groundswell and you might find yourself locked inside some of the longest tubes on the island chain. But in February this year, reports emerged that the world-class wave was been ruined by the backwash from a newly constructed sea wall.

Since then, Maldivian surfers have been waging a spirited campaign to save one of their premier breaks – and, it seems, they are winning.

In an unprecedented move, Minister of Tourism Ali Waheed has asked developers to take steps to reverse the impact of the sea wall after the Maldives Surfing Association (MSA) approached the ministry to intervene in March.

“The minister specifically said if the only way the wave can be saved is by removing the wall, then it should be removed, and the ministry will help the developers if necessary,” Chey Sobah, chairman of the MSA told Surfer. “To my understanding, all further work (on the wall) has been put on hold.”

The sea wall first came to the attention of Ahmed Aznil, former president of the MSA, late in 2019. “I noticed that (the resort developers, MFAR Kuda Villingili Pvt Ltd) had reclaimed an area of land and started to build a sea wall on the very end of the Chickens surf break,” said Aznil. “I took some photos and sent them to the Maldives Surfing Association.”

When Aznil returned for an early season swell in February this year, he noticed that the sea wall had been extended all the way towards the top of the point. Even with a small swell running, backwash from the breaking waves was blasting “as high as 10 to 12 feet in the air”, with rides ending dangerously close to the wall.

“I started protesting and posted images and videos of Chickens on my Instagram,” said Aznil, who claimed the most recent environmental impact assessment for the development (published in 2018, with an addendum to a 2011 report published in 2019) did not take into account the impact the sea wall would have on the waves, and that there had been no consultation with the MSA. Ironically, the resort operators had noted the importance of the surf breaks Chickens and nearby Cokes as the main selling point for their business. 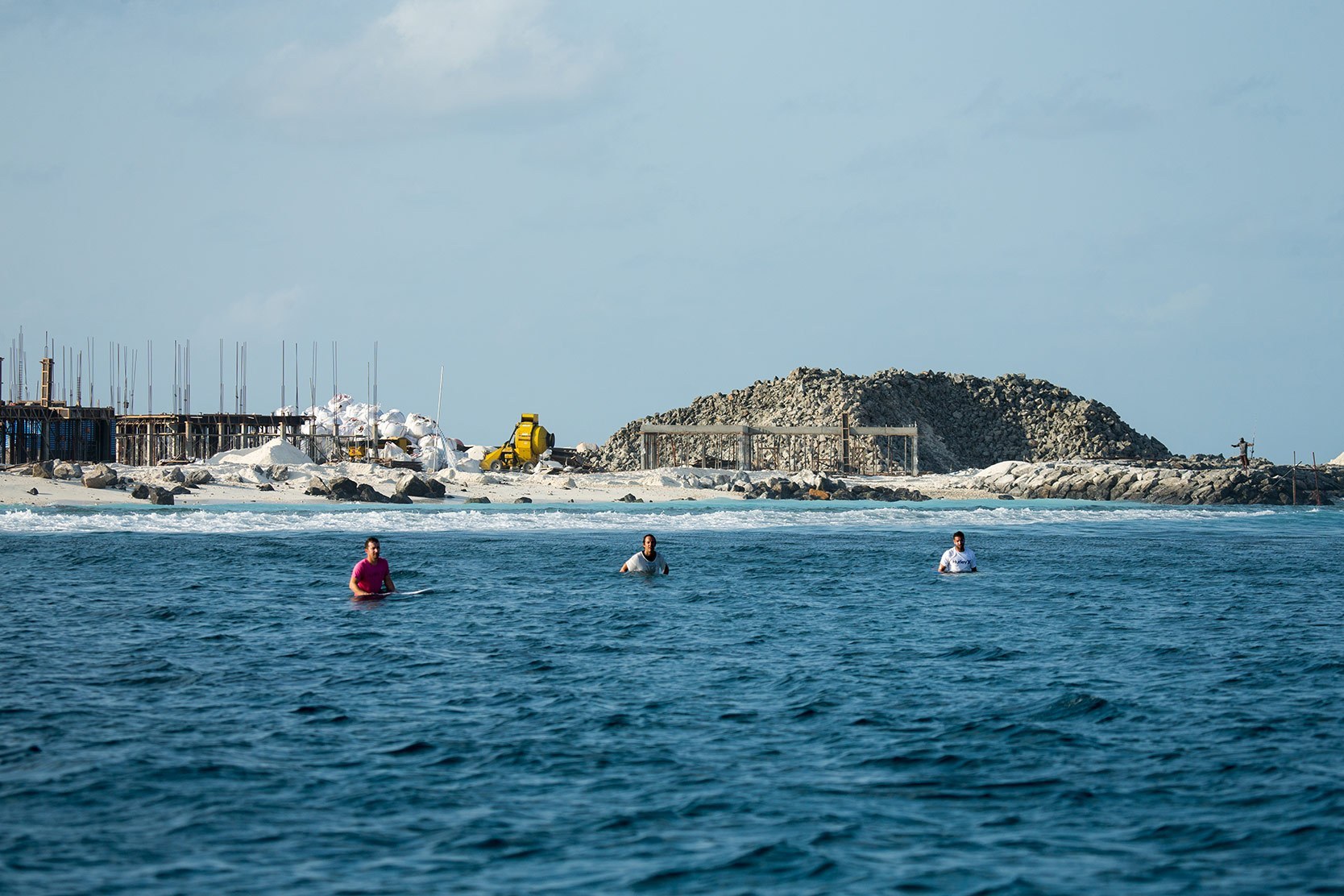 “I called the board members of MSA and asked them to help,” said Aznil. “After looking at drone footage I sent them, they were shocked.”

The MSA subsequently arranged a number of meetings with Tourism Minister Ali Waheed and the developers, where all parties agreed to work together to find a solution to undo the damage. It was also agreed that the MSA would be consulted on any construction going forward.

The MSA was unable to confirm a timeline or details on the action to be taken, as the agreement was still being finalized with developers when the Covid-19 outbreak forced the island nation into lockdown. But both the MSA and Aznil praised Minister Waheed’s acknowledgement of the problem and the vital role surfing plays in the Maldives.

“The minister knows that our cause is honest,” said Aznil. “These are our playgrounds and also our source of income. We need to protect them.”

The Maldives is home to a multi-million dollar surf tourism industry that spans the islands from north to south. Despite this, a number of waves have been lost to development across the wave-rich archipelago, whose economy is primarily fuelled by high-end resort tourism.

Ratz, arguably the best tube in the Maldives, disappeared when the land was reclaimed to extend the industrial zone in Malé City. Paradise Island Left, another high-quality wave, suffered the same fate during the construction of a harbour.

“Many other waves have been affected or lost after construction and land reclamations on local islands, or the development of new domestic airports or resorts,” said Aznil. “There are so many waves in danger even as we speak.”

Aznil made it clear that local surfers are not against development and recognize the value it brings to the economy but said it was in everyone’s interests to preserve the waves and natural resources that made the Maldives such a drawcard for tourists.

“We welcome economic growth, but this should be a combined effort. We can use our knowledge and experience (of the ocean) and their development resources to come up with sustainable solutions. All we’re asking is to be included in the process.”

Aznil pointed out the problem does not lie with developers per se, but the existing framework for conducting environmental impact assessments. According to a research paper titled “Environmental management in the absence of participation: a case study of the Maldives”, there is a significant lack of public participation in the EIA process in the Maldives. The result, the paper concluded, is that EIA’s often risk overlooking negative environmental impacts development can have for communities on the ground – as well as input from the public that could help mitigate this.

“(Associations like) the MSA needs to have a say in these environmental impact assessments,” said Aznil.

Moving forward, the MSA hopes to use their success engaging with developers and the government around Chickens as a blueprint to protect surf spots across the Maldives. According to Sobah, they are currently working on a plan to get a list of surf breaks around the country classified as national assets or protected areas.

“The best way we can find solutions is by working with the lawmakers for stronger regulations to protect our waves and the environment,” added Aznil.