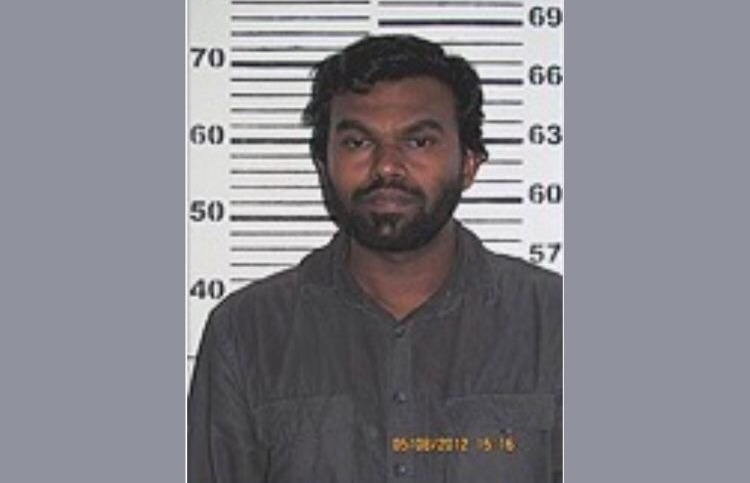 Laamu Atoll’s Magistrate Court, on Monday, sentenced a Sultan Park bombing suspect, Abdul Latheef, for one year and 12 days of imprisonment over obstruction of justice.

According to local media Mihaaru, Abdul Latheef destroyed his mobile phone after it was summoned, as part of an investigative operation conducted by the Maldives Police Service on Gan, Laamu Atoll.

The aforementioned probe was launched over reports that detainees in Maafushi Prison were plotting to carry out terrorist activities that endangered national security, fueled by religiously extreme rhetoric.

Police further noted having received information that indicated the prisoners had colluded with foreign terrorist organizations.

Sources also noted that Abdul Latheef was arrested during the month of April.

Abdul Latheef was initially arrested on August 2012, upon his return to the country from Pakistan. At the time of his arrest, Interpol had issued a ‘Red Notice’ for his detainment.

He is a primary suspect in the September bombing of Sultan Park in the capital Male’, in 2007, which injured 12 tourists. However, he fled the country before an arrest could be made.

Moreover, it is understood that Abdul Latheef had escaped from the Male’ Detention Centre ‘Atholhuvehi’, but was later caught and released by authorities as investigations were unable to prove his involvement.

Although the 10 suspects that were identified in the first case of a terror attack using an Improvised Explosive Device (IED) had escaped authorities and fled the country, five suspects continue to remain at large.

Authorities also raised alarm over the high incidence of radicalization in the past 12 years, estimating there were 1,400 radicalized individuals subscribing to violent extremist ideology.

Security forces have launched a number of operations against terrorism and extremism in the Maldives, the most recent being the ongoing ‘Asseyri’ operation in Maduvvari, Raa Atoll.

Following investigations by the Presidential Commission on Investigation of Murders and Enforced Disappearances (DDCom), the commission had earlier concluded that an extremist group affiliated with militant multi-national extremist organization al-Qaeda was responsible for the disappearance and murder of journalist Ahmed Rilwan, in 2016.